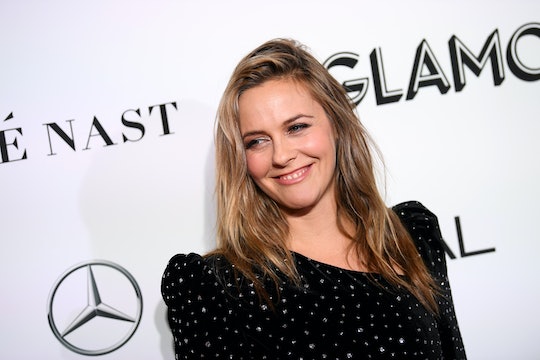 Alicia Silverstone's Secret To Well-Behaved Kids Might Surprise You

Ah, parenthood. No matter how many books a parent-to-be reads during pregnancy or how many blogs they follow, moms and dads pretty much all start out the same: Totally winging it. Sure, parents base their approaches on what science has proven to be true about human development. But somewhere along the line, they discover there's no one-size-fits-all answer to raising smart, compassionate, driven human being who will go on to make positive contributions to society. Because well, every kid is different. But apparently, Alicia Silverstone thinks a vegan diet is the secret to well-behaved kids.

During a recent interview with Us Weekly, the actress opened up about the relationship she has with her 8-year-old son, Bear. “I’ve never had to raise my voice to Bear,” Silverstone, 42, told the publication. “I can just say ‘no, thank you’ and we respect each other and listen to each other. So much of that is because he’s not … a lot of it is the parenting, but a lot of it is the food. When your kid feels good, they act well.”

Bear's favorite food might raise some eyebrows as well. Because it's something most kids probably wouldn't list in their top 30 foods — let alone all the way at number one. When Silverstone was asked if her son is a picky eater, she explained that Bear loves kale. “I’m imagining that doesn’t count as a picky eater,” she told Us Weekly. “He eats kale pretty much almost every day. And he eats bok choy, and he eats cabbage and he has brown rice and quinoa.”

This isn't the first time Silverstone has sung the praises of her son's vegan diet. In November 2018, she credited Bear's health to his non-meat-eating ways. “He’s never had to take medicine in his life,” she told Page Six. “He can get sniffles and a runny nose but he’s not down, he still goes to school. Two times in his life has he been like ‘Mommy I don’t feel good,’ and it was only for a few hours and he was back running around.”

As you can imagine, people had a lot of thoughts about Silverstone crediting her son's health on his never needing to take medicine. One Twitter user wrote, "Being Vegan has a lot of good health benefits. I have a loved one who’s Vegan. HOWEVER, yeah in life there are times you need to take medicine. One has nothing to do with the other and her saying this is batpoop crazy!"

Another Twitter user wrote, "Oh gosh, I wish Hollywood Parents wouldn't be so careless with such statements, lucky her son hasn't needed Medicine However, other Parents may follow this reckless behavior. Not all Children are the same so please consult your Doctor."

More controversially, though, the actress has also shared her thoughts on vaccinations. And unfortunately, her 2014 book The Kind Mama revealed her anti-vaccination stance. "While there has not been a conclusive study of the negative effects of such a rigorous one-size-fits-all, shoot-’em-up schedule, there is increasing anecdotal evidence from doctors who have gotten distressed phone calls from parents claiming their child was ‘never the same’ after receiving a vaccine," she wrote in the book, according to Salon. "And I personally have friends whose babies were drastically affected in this way." (Sorry, vaccines still don't cause autism.)

Circling back to Silverstone's thoughts on Bear's vegan diet causing him to be a super-chill kid ...

Look, I have four kids. Out of those four, one of them is super easy-going and comparatively "well-behaved." And this chicken-nugget-loving girl is most definitely not vegan. Likewise, I'm sure plenty of vegan kids have a wide range of personalities and rankings on the behavior scale. So while it's awesome that Alicia Silverstone had never had to yell at her only child — who happens to be vegan — it's probably not because he's vegan.

Because although there are many scientifically-proven benefits to eating vegan, the guarantee of having a kid who never requires medication and never needs to be yelled at isn't one of them.