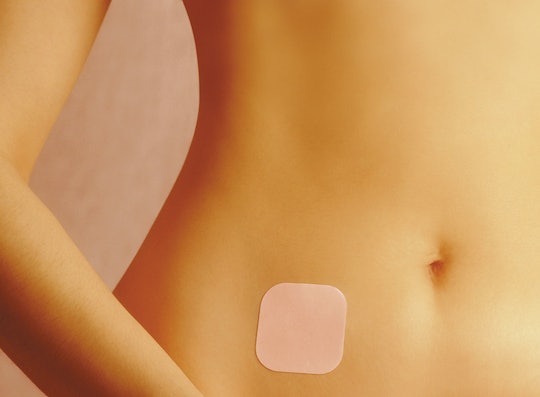 Birth Control Is Covered Under AHCA — Just Not For Everyone

Unfortunately, the issue of women's access to health care has arisen yet again. While the Republican bill to repeal and replace the Affordable Care Act, has still yet to be passed in the Senate, the American Health Care Act's repercussions would be most extreme for women. Not only would the newly-added MacArthur Amendment allow states to charge more for pre-existing conditions like sexual assault and pregnancies, but access to birth control could be severely limited. So, what are all the types of birth control covered under the AHCA? While access to birth control won't drastically change overnight, if the legislation passes as-is, a lot of women could see many benefits taken out of their plans, reducing their options.

As NPR reported, "The essential health benefits set out in Obamacare — a list of 10 types of services that all plans must cover — do not change for other policies. Maternity care is included in those benefits, as is contraception, so plans will have to continue to cover those." But that doesn't necessarily mean that nothing will change. The AHCA will defund Planned Parenthood for at least one year, as well as effectively gut Medicaid, restricting many women with lower incomes from getting proper birth control.

Under the ACA, private insurance companies were required to cover several preventative care options for women, including birth control. Technically, the AHCA doesn't change this. According to Adam Sonfield, senior policy manager at the reproductive health research organization the Guttmacher Institute,

This bill does all sorts of absolutely awful things for health care generally, and for reproductive health care specifically — but this isn’t one of them. This bill doesn't touch the birth control benefit for private insurance.

However, by defunding Planned Parenthood and Medicaid, the AHCA would restrict access to any and all birth control for women who rely on those organizations for care.

But for women who can afford private insurance, access to most options won't necessarily be in danger. Those options, as currently listed under the ACA, include:

Birth control injections should also be covered (check with your insurance provider, just in case).

So what's the problem then? As stated, the AHCA solely targets American women who can't afford private insurance and who look to Medicaid for health care. Birth control is one of the issues many women are worried about with the AHCA, and truly, as it seeks to defund Planned Parenthood, those fears are based in reality.

In short, Obamacare made certain that insurance companies had to cover all 18 FDA-approved forms of birth control, and the AHCA would only change that for women who can't afford private insurance. Whether you're on Medicaid or not, that should still concern everyone.