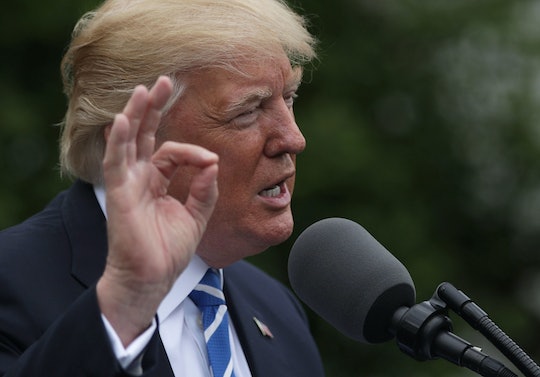 According to NPR, in his budget for next year, President Donald Trump wants to eliminate an after-school program for low-income children — 21st Century Community Learning Centers — that is in place nationwide. Nearly 2 million kids may lose after-school care under Trump's budget, according to the NPR report, and advocates are urging for its continued funding. 21st Century Community Learning Centers federal grant program is the only federal program that funds after-school academic improvement, according to Cleveland.com, and educators and other advocates say it has more than earned the financial support that it has received in the past.

NPR reported that Trump's budget may eliminate the after-school program for low-income children, and some opponents say there's no evidence the $1.2 billion-a-year program is effective. But supporters of the program say children who participate are getting necessary aid, and those who participate in 21st Century programs benefit immensely from the programs and their inclusion in them.

Heather Weiss, co-director of the Global Family Research Project, said of the benefits:

Those benefits includes things that contribute to academic achievement, and in school success, specific skills around math and literacy, and then things like better attitudes to school, and lower dropouts, better attendance.

But opponents claim it's not the federal government's job to manage after-school programs.

Lindsey Burke, director of education policy at the conservative Heritage Foundation, thinks after-school activities should be handled by the private sector or by nonprofit groups. According to NPR, she said one of the most extensive studies of the 21st Century program back in 2007 found no evidence of it's impact on improving students' academic achievement.

"And there was no impact on homework outcomes for those students, and there was also some negative behavioral impacts as well," she told NPR.

But proponents say the programs funded by the grant program provide "academic enrichment opportunities," and that they need the support that Trump's budget would cut.

Jesse DePue, Associate/Youth Services Director of the Baraga, Houghton, Keweenaw Child Development board out of Michigan, said that without aid, the Baraga Area Schools district would most likely lose its after school program, as the parents there do not have the funds to support it otherwise.

He told The Mining Gazette:

There are a lot of people that you’ll eliminate the possibility for after-school care for their children, because of the cost.

One parent told NPR that at her son's school, Riverview, in Virginia, about 80 children a day attend the program. Around the country, 1.8 million students in "high-poverty, low-performing schools" are served by the program.

Riverview's administrators say attendance as well as grades are up for students in their program. Plus, one parent, Amy Bowen, said the after-school program allows her to keep working — she couldn't afford to pay a babysitter $12 an hour when school isn't in session, and the program eliminates the need to do that.

Annemarie M. Grassi, CEO of Open Doors Academy in Cleveland, wrote in an opinion piece for Cleveland.com that "the program has continued to grow with overwhelming bipartisan support." The funding Ohio receives from the program, she claimed, brings academic enrichment programming "to tens of thousands of low-income and otherwise challenged children in big cities, small towns, and rural areas across Ohio."

And the results are in at that program. Grassi wrote in her piece that almost 91 percent of Open Door Academy's families are "from moderately low-income to extremely low-income households." And that so far, 100 percent of ODA youth who completed at least three years of programming — thanks in part to those federal funds — have gone on to graduate from high school.

Kids like the ones profiled here from Ohio, Michigan, and Virginia deserve to continue participating in after-school programs provided by the 21st Century Community Learning Centers program that help them to succeed. If you're concerned about cuts to after-school programs as a result of the proposed budget, contact your representative.