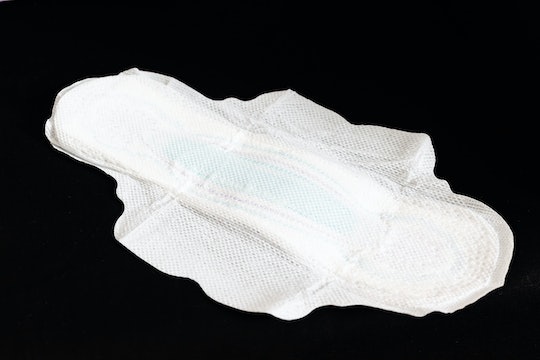 Always Is Removing 'Female' Symbol From Its Pads & No, This Shouldn't Be Controversial

After receiving feedback from trans activists and the LGBTQ community, the mensural product company Always announced it's removing the "female" symbol from its pads packaging in favor of being more inclusive. While the move has been celebrated by many, it's also garnered a lot of backlash on social media. But the company's decision to be more inclusive really shouldn't be this controversial or divisive. In fact, the uproar points to how far we still have to go to achieve greater understanding and acceptance.

Always, owned by Procter & Gamble, announced earlier this week that it will be removing the "female" sign from its pad wrappings, according to CNN. The company's intent is to be more gender and trans inclusive in its overall messaging, as "not all people who menstruate are women and that not all women menstruate."

Procter & Gamble did not immediately respond to Romper's request for comment on the decision, but the company told Yahoo Lifestyle in a statement on Monday that "Always has championed girls and women, and we will continue to do so." The statement continued, "We're also committed to diversity and inclusion and are on a continual journey to understand the needs of all of our consumers... We routinely assess our products, packaging, and designs, taking into account consumer feedback, to ensure we are meeting the needs of everyone who uses our products."

The move seemed to have been spurred by an activist on Twitter, who reached out to the company and wrote: "hi @Always i understand that you guys love girl positivity but please understand that there are trans men that get periods, and if you could please do something about the symbol on your pad packaging, i’d be happy. i’d hate to have any trans males feel dysphoric."

The company's official account replied, "Your heartfelt words are appreciated, and we're sharing this with our Always team. Thank you for taking a moment to share your preferences!"

While it seems the company took the advice to heart, the decision hasn't been met with universally positive feedback. One person said they're even boycotting Always. "So do transgender people buy them even if they don’t need them so they can feel included? Maybe they pretend to have stomach cramps and bloating too!! F*ckin ridiculous!" one person tweeted.

Another wrote, "Having to remove the female symbol off the ALWAYS pads because trans advocates are crying about it, is f*ckin ridiculous. I'm sorry but they really starting to cry about everything and it’s annoying. That sh*t not even that damn serious."

"Always planning to remove the female symbol from sanitary pads because it’s too gender specific? is that a joke?! only females experience periods so too right it’s gonna be specific to a gender, people are ridiculous!!! no ovaries, no opinion," another responded.

Unfortunately, these sentiments gravely overlook the objective of being more gender inclusive. First of all, it harms nobody to be more sensitive to those who are transgender or non-binary. Secondly, inclusivity should be the standard, not an exception. Dr. Jack Turban, a resident physician in psychiatry at Harvard Medical School told NBC News that removing the female symbol packaging from the packaging is a "great move" because "it sends a message to transgender and non-binary people who need these products that their identities are embraced and supported by the company."

In response to Always' new design, which will reportedly roll out worldwide by February 2020, one Twitter user accurately pointed out that "nobody is being erased here" by inclusivity. "The fact a brand is acknowledging that not just women have periods and are being more inclusive is a WONDERFUL thing," @heartstarlet wrote.

As a society, we should be naturally progressing toward ensuring that everyone feels represented and comfortable in their day-to-day lives. And sometimes that's accomplished through something as simple as the packaging on a menstrual product.

More Like This
New Report Shows 80% Of Pregnancy-Related Deaths Are Preventable
Can Elderberry Help Prevent Illness In Kids? Doctors Weigh In
Endometriosis & Your Sex Life
How To Get Boogers Out Of A Baby's Nose