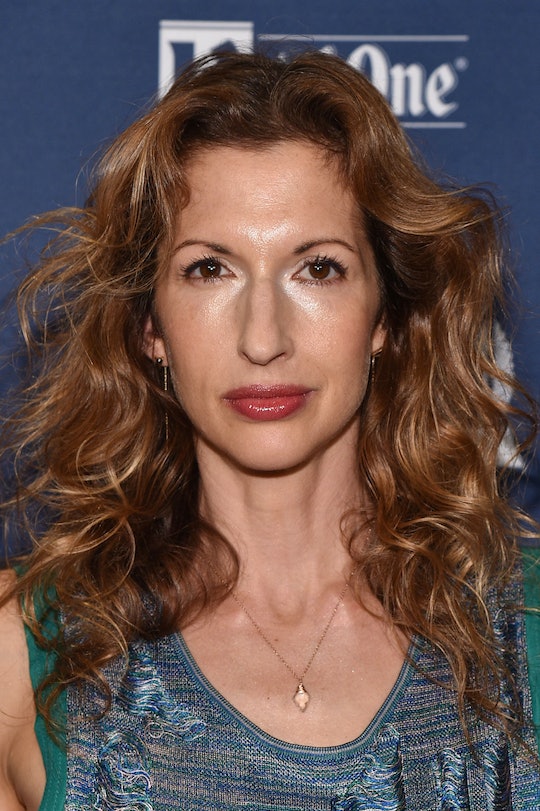 Ah, parenthood. Once the infant stage is over, and all the newborn fussiness, late-night feedings, and diaper blowouts are a thing of the past, a whole new set of challenges unfold. Take temper tantrums, for example. When it comes to handling meltdowns, whether a child is age 3 or 13, the laundry list of available approaches can make even the most confident parent’s head explode. In a recent interview for People magazine, actress Alysia Reiner, better known as Natalie “Fig” Figueroa on the hit Netflix series Orange is the New Black, talked about her no-nonsense approach for defusing tense situations with her 7-year-old daughter. And while there might be no single magic formula for handling a meltdown, what OITNB’s Alysia Reiner said about handling temper tantrums is definitely worth considering.

I remember the first time my sweet baby totally lost her mind. I think I’ve blocked out the string of slights that led up to it (though I think it involved me doing something crazy, like not allowing her to lick a restaurant floor. Yes, that actually happened). But I definitely remember the conflicting thoughts I had at the time: “Is she serious right now? Do I just pick her up and leave?? Maybe I should try that 'redirecting' thing. Everyone is staring! What do I do?”

In her interview for People’s Mom Talk video series, Reiner said that the clearest disciplinary message she gave her daughter was that "Mommy doesn’t bluff":

One of the biggest things I learned early is you can’t ever have an empty threat — you always have to follow through. So if you say, ‘If you do that again, we’re leaving this restaurant,’ you have to be ready to leave the restaurant. And if you’re not, don’t ever say it. Because the minute they don’t believe you, it’s over.

That’s likely the right way to go, at least according to child behavior expert and University of Nebraska professor Julia C. Torquati. In an interview with Parents, Dr. Torquati said that following through with consequences is key to teaching kids that boundaries exist, and they’re expected to function within them.

The long-term goal is to help them think for themselves and internalize the reasons why they should behave a certain way. You do this by giving explanations, letting your kids know what's expected, and allowing them to learn from their mistakes.

But temper tantrums don’t always happen when the parent is in the best emotional state for handling them. It can be tough to dole out rational consequences and recognize teachable moments when parents are feeling frayed and emotional. In her interview, Reiner said she’d definitely been there and that, for her, recognizing when she needed to be removed from the situation was key.

I have actually given myself a timeout, when she did throw a tantrum. I was like, ‘Okay, I’m no longer able to be a good mom.’ My husband [David Alan Basche] was off working, and I’d be like, ‘I’m going into the bathroom for three minutes to calm myself down because I can’t parent effectively right now.’

Definitely sage advice. And for those wondering whether Reiner’s approach actually gets results, the star said her daughter’s reaction was pretty priceless. “[It] scared the daylights out of her,” Reiner said in People. “Which was really interesting. She calmed herself down because she was like, ‘Wh-what’s Mom doing?’”

Hmm. So, Reiner’s daughter learned to take her mom seriously and calm herself down? Alysia Reiner might be onto something here.