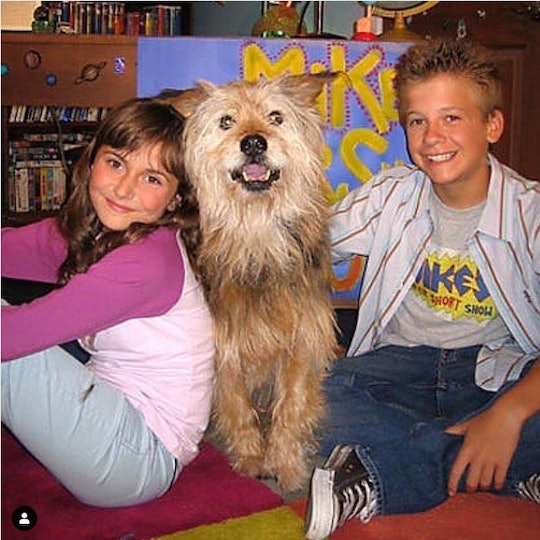 Maybe you know her as the dancing pig-tailed girl in the Missy Elliott video for "Work It." Maybe you remember her as the spunky tomboy in Cheaper By The Dozen. Or maybe you were a huge Disney Channel fan and recognize her from The Suite Life of Zach & Cody. What I'm trying to say is: You know Alyson Stoner. But now that she's all grown up, Stoner is taking her career in a new direction and using her platform as a force for good. In phone interview with Romper, Stoner talks coming out, mental health, the entertainment industry, and why Phineas & Ferb was probably her favorite project of all time.

You'd think that with all of Stoner's extraordinary talents and long career, she'd be a little full of herself. But one of the first things I notice about her is that she's extremely... well, not. On being a part of the huge cultural moment that was the "Work It" video, Stoner only says: "I just only feel comfortable continually giving the credit to Missy [Elliott] and her team and the choreographer and Dave Meyers, the director. Because they created it." This video, of course, is the vehicle that launched Stoner's career — opening opportunities into all those other movies and TV series everyone is familiar with.

But though this was surely a dream-come-true for most performers, Stoner is startlingly honest when it comes to the pitfalls of working in the entertainment industry — especially as a tiny kid.

We performers know that the machine is not really designed for overall human health. You know, it chews us up and spits out, and we stay because we hope to raise and inspire other people and create impactful material. But ultimately the chaos and the daily fear of being unemployed over and over again, and the highs and lows, and the volatility of it all is not for the faint of heart.

This, Stoner says, is why she finally decided to get rid of her film and television team, a choice she calls "so freeing," with a sigh. This may not be what fans necessarily want to hear, but Stoner is done "keeping the mask up." These days she's focused on discovering her "deepest, truest self." She explains, "So now I’m kind of reclaiming parts of myself that I wasn’t able to tap into in a safe environment."

Part of that means refocusing her entertainment career on music. Seriously, if you haven't checked out her Youtube channel or her recently released singles yet, what are you still doing here? Go. Go now. FYI mark your calendars for Jan. 25 when her next single, "Stripped Bare" is set to be released.

But being honest and authentic also means being open about her sexuality. In a beautifully written piece for Teen Vogue in March of 2018, Stoner came out as queer. She explains that she came out publicly in this way so that she was able to say what she wanted to say in her own words. During our chat, she tells me she needed to come out not just because it wasn't something she'd realistically be able to hide, but also "recognizing that if I don’t say something, am I doing what I set out to do with my platform? Which is bridge gaps, create understanding, and hopefully lead people to higher levels of consciousness and self awareness." Stoner also says that since the essay, her relationships with her fans have changed in a positive way. "Instead of just complimenting my dance, which is always appreciated, now we’re building stronger connections and discussing mental health and sexuality and each other’s journeys."

But don't take any of this to mean that Stoner doesn't love what she does. Take the animated children's show, Phineas & Ferb, for example. Stoner has been a voice actor for the show since 2007, playing Isabella Garcia-Shapiro. "Phineas & Ferb is probably my favorite project of all time because of how wonderful the creative teams are," she says, continuing, "Just seeing what Dan [Povenmire] and Swampy [Jeff Marsh] did to create a positive show for kids where there weren’t any technical bully characters and we err on the side of optimism and proactivity and teamwork without it coming across super cheesy." By the way, Phineas & Ferb may be a show for kids, but once you start watching it it's gonna be hard to stop. You've been warned.

Overall, what comes across most from my (way too short) chat with Stoner is a sense of humility, dedication, and a take-no-prisoners strength that is seriously inspiring. In her own words: "No one will ever know the distance I’ve traveled inside."