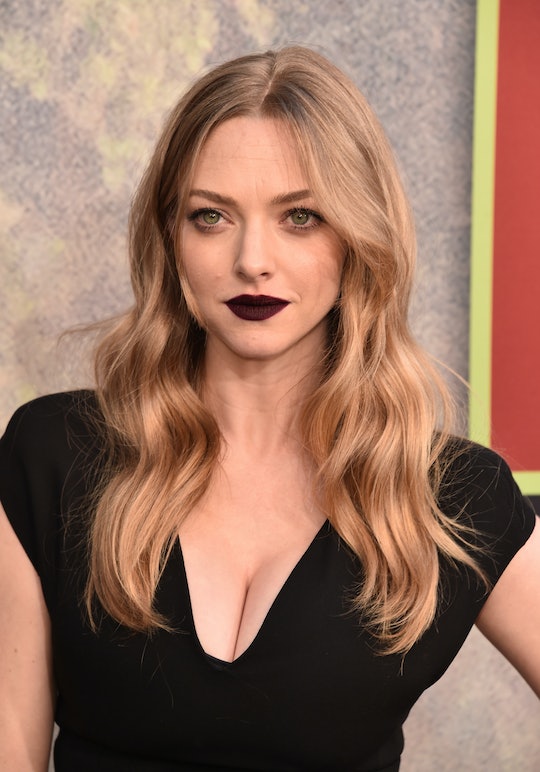 Amanda Seyfried gave birth to her daughter in late March, but it seems that even a private celeb isn't immune to the worst side effect of becoming a mom: judgment — specifically, feeding judgment. Of all the problems in the world, it's always alarming to see parents (and worse, non-parents) judging each other for how they feed their children. Which is why Amanda Seyfried's breastfeeding tweet hopefully makes its way around the internet and changes some minds, because honestly, the world could use a little more open-mindedness and understanding right now.

It's not clear what made her feel the need to speak out, but she did follow up the tweets with a quote from Maureen Shaw's article, "Public Breastfeeding Shaming: America's Sexualization of Breasts Has Made Breastfeeding Seem Gross and Immodest." The thread continued:

Breasts are intended to feed babies. With all our progress on feminist issues, how can such a simple biological imperative remain so stigmatized? In a word: sex. We live in a culture comfortable with exploiting breasts to sell burgers, for goodness sake. How would you rather your body be portrayed?

Her tweets garnered a lot of support (Yoplait Yogurt even chimed in!), but of course there were some other disparaging remarks about the "sexualization of breasts," charging Seyfriend with playing a sex worker in Lovelace. Totally missing the whole point.

Whether it's a discussion about a woman being able to breastfeed in public or the fight over the different benefits of breastfeeding or formula, everyone seems to forget one important, crucial fact: that making sure the baby is fed is honestly the only thing that matters. And however that has to happen is up to each individual parent, and no one else.

It's good that Seyfried isn't letting feeding-haters get to her. Of all the things new parents have to deal with, being judged for how one feeds a child is the silliest. It's hard enough trying to get an infant to take to a bottle or a breast without the masses giving you side-eye for it.

Aside from taking a stance when it comes to feeding infants, Seyfried, 31, and her husband, Thomas Sadoski, have been spotted out and about with their daughter, though they've been private on social media about sharing pictures of her as well. (If anything, Seyfried is more open about being a "doggy mom" to her pup, Finn, and often shares on social media about dogs up for adoption, using her celeb status to reach as many people as possible who need a new pup.) That alone should tell onlookers just how serious Seyfried is about this whole feeding debate: When a mom who rarely opens up about her child chooses to speak out and defend women against shamers, you know things have gone too far.

Obviously, Seyfried is a dedicated advocate when it comes to things she cares about. New moms are lucky to have her on their side.