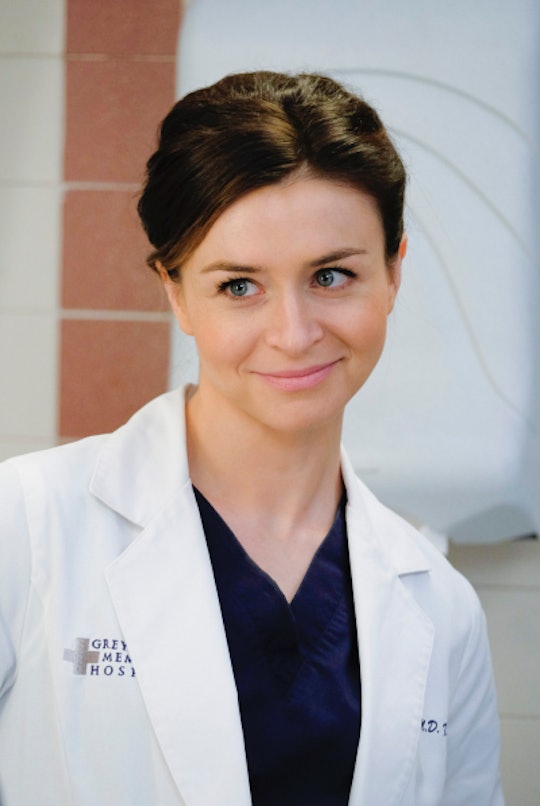 After much speculation, it turns out Amelia isn't pregnant on Grey's Anatomy after all. Despite the fact that she was late (and she's never late), once Amelia "peed on the stick" as Meredith so eloquently put it, she learned it was a false alarm. But don't lose hope just yet. Just because she isn't pregnant this time doesn't mean Amelia and Owen will stop trying. As Owen put it, they only just started trying to get pregnant and they've still got plenty of time to make their baby dreams come true. Plus there's a very good chance Amelia will be pregnant at some point this season because, as ET originally reported, the actress who plays the character in question, Caterina Scorsone, is pregnant in real life.

Scorsone confirmed back in August that she was expecting her second child with her husband, Rob Giles. The two welcomed their daughter, Eliza, into the world back in July 2012 and Scorsone is excited about the new addition to her family. However, when asked if her pregnancy will be incorporated into Amelia's storyline, Scorsone said it was unlikely.

"I don't think so," she told the outlet. "We're picking up the season immediately after we left off, which was the wedding where Amelia was not pregnant."

Scorsone stated that she'd be wearing a lot of lab coats this season to hide her baby bump and the director of photography would be hard at work making sure her pregnancy didn't show. Still, does this really mean Amelia and Owen won't be expecting a child this season and if so what could be the problem? We've seen a lot of women on Grey's struggle with getting pregnant in the past. April and Jackson's son had type II osteogenesis imperfecta and they had to induce an early labor, which resulted in him dying in their arms. Meredith and Arizona have both gone through miscarriages and no one could ever forget the time Arizona and Callie got into that terrible accident while Callie was pregnant with Sofia.

Babies don't come easy on Grey's Anatomy and although Owen and Amelia may have kids in the future, it may be a while before they do. Still, it would be heartbreaking if, for whatever reason, Amelia and Owen couldn't have kids, especially since they seemed so excited to start trying. Hopefully that's not the case and Shonda Rhimes will allow at least one couple on this show to have a happy ending. Fingers crossed!