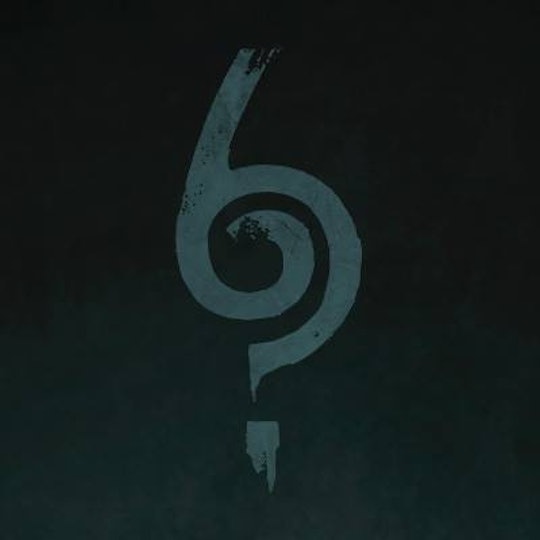 'American Horror Story' Season 6 Trailers Ranked, Because We Have To Decode This Season

If you're like me, you closely follow FX Networks and American Horror Story across all of their various social media platforms pretty much the *second* one season ends. Why? Because the network's method of using social media campaigns and teaser trailers, slowly revealing what the new upcoming story will be about, is now infamous among horror TV-lovers. This has proven to be a record year for AHS, as we've gotten a whopping eleven teasers – to celebrate that abundance of awesome, I've gone ahead and ranked every teaser for American Horror Story Season 6 released so far.

Season 6 has proven to be a special case, in that (unlike each of the other five seasons of the show) the show is premiering on September 14 (in less than a month!), and we still have no idea what the season's theme will be – despite the many teasers. The first few teasers were released on July 27, and it quickly became clear that they made absolutely no sense at all.

I'll clarify: Each individual trailer on its own makes about as much sense as AHS season trailers have always made – which is to say, not very much, because the earliest teasers are always mysterious and/or enigmatic (but very stylish) snip-its that usually don't involve any of the principal cast but do set up the theme. Take, for instance, the creepy white-faced nun from the Asylym teasers, who never actually showed up during that season but who made it pretty clear what that story would involve (religion).

However, all taken together, the Season 6 teasers make even less sense than usual – none of them seem remotely similar, except for that creepy opening humming from Kali Uchis' "Sycamore Tree" that a few of them feature.

This stylistic and thematic disparity made a lot more sense when FX Network boss John Landgraf revealed at last week's Television Critics Association press conference that only one of the trailers contains the "real" theme – the rest are "for hypothetical seasons" of AHS. So, here's our ranking of the teasers we've seen so far, based on my totally subjective opinion about which of these might hint at the most interesting season theme.

One of the earlier promos "What's Cooking?" shows a large, Amityville Horror-ish type house with the sixth season's now-signature 6/question mark symbol in smoke billowing from the chimney. It's only 15 seconds long – just enough time for us to hear a chainsaw roaring and a woman's scream. Chainsaw massacres (a la the one and only Texas Chainsaw Massacre) have been done to death – in fact, showrunner Ryan Murphy himself already did one over on the first season of Scream Queens. Pass.

In this one, a wind chime made of extremely large (human?) teeth gets snipped by a woman in a nurse outfit. This one also sorta gives me Texas Chainsaw Massacre vibes (yanked teeth are such a thing in body horror). Or like American Horror Story: Dentist? Both of which I'd pass on.

"Descent" features a woman walking upstairs as many hands grab at her ankles. The description accompanying the video on YouTube is "We're Everywhere." Who is "we"? Do the stair-hands belong to monsters or victims? This one is a little bit *too* enigmatic for my liking. I can't discern anything from it.

"Milli Crossing" shows a millipede crawling along a girl's head and eventually down her face, looking off-puttingly like maybe a hair ribbon for a minute? And also the girl looks a little dead in the eyes, maybe. Bugs are definitely scary, but I'm not sure how a whole bug-themed season would hold up.

"Post Op" is a cheeky reference to a hospital, but it's not hospital I'd ever go to – and also probably not a hospital at all. It shows a man getting staples put in his head in the shape of a question mark and the number six, after which the stapling guy warns him to "keep it dry." But the "patient" certainly doesn't look like a hospital patient – he's all grimy and his nail beds are very dirty. Maybe this is another body horror/Texas Chainsaw Massacre torture-type hint?

The demon baby in "Lullaby" makes me think of Vivian's antichrist child from back in Season 1 – or even Infantata from that same season. Or Lady Gaga's vampire monster baby from last season's AHS: Hotel. Basically there have been a lot of potentially evil/scary infants. A Rosemary's Baby-type season could definitely be cool and frightening.

Many fans were speculating that the Slender Man urban legend could be the central theme of the upcoming season, but "The Mist" seems to hint at another popular online urban legend – the Rake. The CGI is not particularly impressive here, but a season dealing with urban legends (even an assortment of all different urban legends) could be neat.

This promo is clearly invoking the classic movie monster Nosferatu – or, even more generally, Victorian Gothic horror. A shadow monster creeps up the stairs after a woman holding a candle, grabbing her by the hair. C'mon. It's super Victorian. A historical period setting could be really cool. The non-modern settings of Seasons 2 and 4 hint at an every-other-season pattern, too.

This one is so bonkers and random that I love it. It's old school corny monster movie-style, as a blonde woman gets dragged into a swamp by a swamp monster – but then she's kind of into it? Ryan Murphy really enjoys the whole "girl loves monster" theme (Murder House's Tate and Violet, anyone?), so I could totally see this one somehow being the legit trailer.

"Camp Sight" is perhaps the most thematically clear trailer of the bunch: It's aliens. At a camp. AHS delved into aliens a bit during Season 2, with Kit's storyline, but there were so many other things going on that season and the aliens kind of got unfairly pushed wayside. A season exclusively focused on aliens could be amazing.

"Sunset Stroll" is hands down my favorite of the bunch. It's got a creepy, distinctly non-modern vibe and a creepy family dressed in what appears to be colonial clothing. My favorite rumored theme is Roanoke, focusing on the historical mystery of the people who mysteriously vanished from that early American colony. There are also some potential spoiler-y clues here, that appear to back up this theme. Roanoke was also mentioned back in Season 1, so it would be a cool tie to a really early hint in the show.