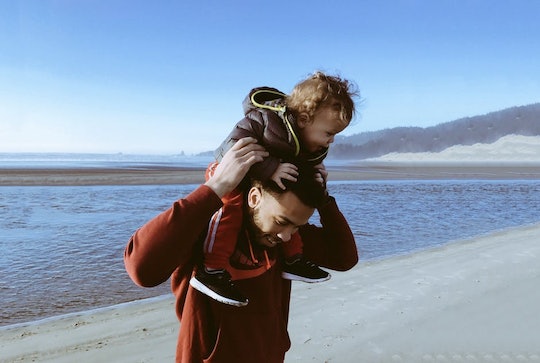 American Men Are Delaying Fatherhood Now More Than Ever Before

The ideal maternal age is a topic that will be discussed for years. Not-so-subtle allusions to biological clocks have ensured that moms are keenly aware of this fact. It seems that the focus has shifted a bit to dads' ages, though. A recent study suggests that American men are delaying fatherhood and a dad's age plays a major role in childhood development as well.

According to CBS News, this study, published in the journal Human Reproduction, discovered a rise in the average age of new fathers and prompted a discussion of the social implications and potential health impact it could have on future generations. Researchers used federal birth records for almost 169 million Americans over the past four decades to determine the rise in ages of fathers.

It found that new fathers are now an average of 3.5 years older than the new fathers were in the early 1970s. Additionally, the percentage of new births to fathers over the age of 40 has more than doubled from 4 percent in 1972 to 9 percent in 2015, according to CBS News.

These findings are not entirely surprising, as the average age of new mothers in the United States is also on the rise. In 2016, the National Center for Health Statistics reported that the mean age for first-time-moms has been gradually increasing for the past four decades as well. The observed changes in maternal age are, at least somewhat, explained by a drop in teen pregnancy rates and an increase in births by women older than 30.

Senior researcher for the study Dr. Michael Eisenberg told CBS News that less research has been done on American fathers as compared to their female counterparts and this new information is critical to understanding how fatherhood plays into child development:

I think it's important for us to pay attention to these demographic shifts and what their implications could be for society.

Arguably, there are some perks to putting off fatherhood. Older fathers, according to Eisenberg, tend to have better, more stable jobs and higher involvement in the lives of their children. As we all know, children tend to do better when their moms and dads are around. Paternal involvement has also been linked to emotional security, confidence, and overall success in children. A recent study even found that older dads tend to have "geeky" sons with higher IQs.

With these benefits, however, come certain risks. Despite what Hugh Hefner may have led you to believe, male fertility decreases with age. Therefore, men looking to put off parenthood may be faced with difficulty conceiving. Additionally, sperm quality also begins to decline over time as well. As Eisenberg told CBS News, sperm acquires an average of two additional mutations per year. Older dads also carry with them a higher risk of autism, certain pediatric cancers, and schizophrenia.

If and when to have children is a very personal decision. But information, such as the findings from this study, provides families with the means to make it an informed one about their futures.