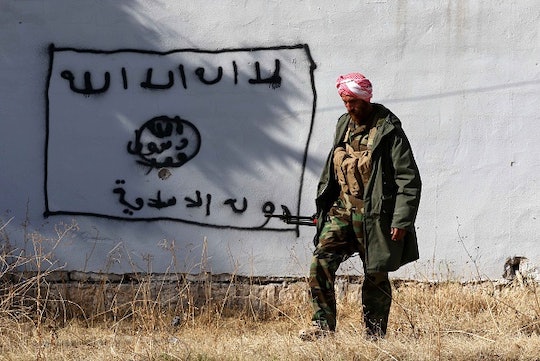 There might be few similarities among American supporters of the Islamic State but it is clear that the number of women drawn to ISIS ideology is growing, according to a new study released Tuesday. The George Washington University Program on Extremism conducted an exhaustive review of social media accounts and legal documents for its new report, ISIS In America: From Retweets To Raqqa, and found that number of U.S. supporters of the terror group has reached its highest point since 9/11. And, perhaps most surprisingly, of the nearly five dozen people arrested by American authorities last year for supporting or plotting with ISIS, women made up a striking 14 percent.

According to the report, GW researchers culled more than 300 active Twitter accounts run by American supporters of the Islamic state, as well as FBI documents from 900 investigations in all 50 states. Out of that comprehensive review, a few demographic facts emerged: the average age for an American ISIS sympathizer is 26, and most (86 percent) are male; more than half traveled abroad, or attempted to as part of their role in the terror group; and finally, social media plays a critical role in helping to recruit American sympathizers and promote them toward “actual militancy.”

Terrorism experts have long understood the central role that social media plays in recruiting and radicalizing new supporters into the ISIS ideology. But, the study actually identified a variety of potential strategies used by ISIS recruiters, from simply broadcasting propaganda and amplifying content, to introducing new followers and organizing like-minded people into groups.

The report found that women are taking on a larger role in the jihadist movement, both as recruiters and as “wives” and “mothers” helping to grow the movement. Further, managing the constantly shifting world of social media mobilization seems to be a place where female leadership is emerging. Nearly one in three of the Twitter accounts studied were purportedly operated by women, the Times reported.

Still, those arrested shared few demographic traits, a fact that study authors found disconcerting. Lorenzo Vindino, director of the university’s Program on Extremism, told the New York Times that the diversity within the pool of US supporters could complicate an already major problem for counter-terrorism investigators.

For law enforcement, it’s extremely difficult to determine who makes a leap from keyboard jihadist to actually doing something. The individuals range from hardened teenagers to teenage girls, petty criminals and college students. The diversity is staggering.

The entire report on American ISIS supporters can be found online at the George Washington University Program of Extremism website.