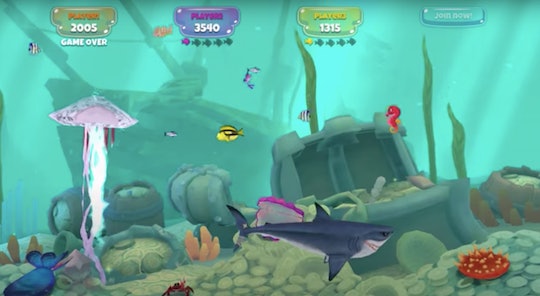 A New Family-Friendly Video Gaming System Is Entering The Market

With educational games designed specifically for kids and reimagined Atari classics like Centipede and Night Driver, Amico, a new video gaming console from Intellivision Entertainment, an official sponsor of the Mom 2.0 Everywhere Summit, aims to encourage families to spend more time together — even if they're sitting in front of the TV.

"We want to give kids a reason to come out of their individual rooms, adults to put down their individual devices, and have a reason (dare we say, excuse?) to come together," Cara Acker, the vice president of global marketing for Intellivision Entertainment who spoke about the new gaming system at 2020's Mom 2.0 Everywhere Summit, tells Romper via email.

Set to be released in April 2021 for $250, the Amico console comes with two controllers and six pre-loaded games to get started. According to the company, all of the games designed exclusively for Amico will cost $10 or less and up to eight controllers can be connected to the console at one time.

"Amico is also designed for anyone, including for people who may not consider themselves 'a gamer' or might be intimidated by other systems," Acker says. "With a broad game portfolio and an intuitive design experience, people of all ages and skill levels will be able to just pick up a controller and start playing."

With a color touch screen and a directional disc, Amico's controllers, which are held vertically, look quite different from others on the market like PlayStation and Nintendo. And that was intentional; the company says that after "extensive" testing, they found this design to be most approachable for both young and older gamers.

As families across the country have likely experienced during quarantine, gaming has skyrocketed in recent months. According to research from Nielsen, gaming in the United States increased by 46% at the height of the COVID-19 pandemic. With kids spending more time playing video games, parents are likely also concerned about what they're being exposed to or how it could interfere with their daily lives. With a focus on "multi-player fun" and family-friendliness, Acker says Amico can offer parents a "sense of relief that there’s a safe alternative entering the video game space."

"Amico offers a fantastic gaming experience that’s first and foremost about creating fun, enjoyable shared experiences… we just happen to also leave out all the things that concern parents about gaming while we’re at it," Acker explains.

According to the company, all Amico games are rated "E for Everyone," meaning they're suitable for the youngest members of the family, or "E10+," which are most appropriate for kids 10 years old and up. Intellivision Entertainment also states on its site that Amico games won't contain any graphic violence or blood, bad language, or sexual content. Games also won't feature any in-app purchases, ads, or loot boxes, aka in-game currency that can be exchanged for real money. You can take a peek at some of the games that will be available here.

While Amico will only be available in a home setting when it launches next year, the company hopes to expand its reach to afterschool programs, community centers, and more in the future. For now, Amico consoles can be pre-ordered from GameStop.

More Like This
Kelly Clarkson Took Her 8-Year-Old Daughter Out For “Date Night”
Here’s Why Your Vagina Itches At Night, According To Experts
Lizzo's Mom Gushes About Her Daughter As A “Champion Of Others” Who “Builds You Up”
Here Are Parents' Top Trending Searches In 2022, Because Google Really Is Our BFF