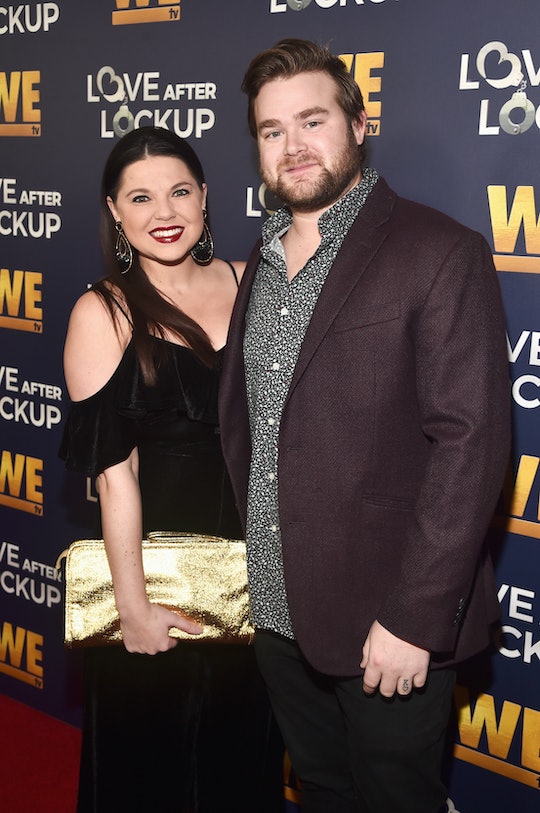 Amy Duggar King's pregnancy with her first child has been exciting to follow along with for fans of the Duggar family. The expectant mama has not held anything back over the past few months, and as her due date approaches, she's been a little more open with those sweet little details. In fact, Amy Duggar King's latest pregnancy update that she recently shared with People revealed some new details about the inspiration behind her bundle of joy's name and how she coped through some tough months in the beginning.

Duggar King and her husband, Dillon King, visited New York just two months before her due date to share some exciting details about her pregnancy. The couple appeared on People Now to talk about their baby boy, who they decided to name Daxton Ryan, and the couple shared how they came up with the name for their baby, who is due on Oct. 8.

"All of the guys on the King side of the family, they all start with the letter 'D'," King told People. "So we were trying to come up with a D name, that was different, landed on Dax, then Daxton..."

"And then Ryan means 'little king', so it was like 'What? We have to," Duggar King added in the same interview. "He's going to come out wearing sunglasses saying 'What's up, I'm Dax.'"

Although it seems like she has been all smiles throughout her pregnancy, Duggar King revealed to People that she had a very rough first trimester and suffered from extreme morning sickness up until the end of week 16. But she found a cure that worked for her: "I wanted hot pockets and mashed potatoes," she told People.

Thankfully, though, it seems like she's feeling great as she nears the homestretch of her pregnancy with little Dax. In fact, as she shared on Instagram, she's ready to start "nesting." In a caption of herself and her hubby, Duggar King wrote, "Mom & Dad to be take NY! this is our last hoorah before Dax comes! We love it here.. but so excited to get back home and start nesting and decorating the nursery!!"

And if she needs a little advice on how to decorate her nursery, she has plenty of family support to turn to. As Counting On fans are well aware, many of Duggar King's cousins have sweet families of their own, and a few of them are currently expecting along with her, including John-David Duggar's wife, Abbie, as well as Joe and Kendra Duggar.

While Duggar King is related to the super-sized TLC family, it doesn't sound like she has plans to totally follow in Jim-Bob and Michelle Duggar's footsteps when it comes to the size of her family. As she recently told Us Weekly, "We only want two, maybe three, but we're finally ready to start."

And hopefully, once baby Daxton arrives this October, Duggar King will continued to take her fans and followers along on this exciting journey with her.

More Like This
Meghan Markle Wore Lilibet On Her Chest As She Fed Chickens At Their California Home
Elon Musk Shares New Photos Of Son, X, With His Own Twitter Badge
Jodie Turner-Smith Opens Up About Being Secretly Married & Pregnant
Mariah Carey Says She Has Never Called Herself The “Queen Of Christmas”