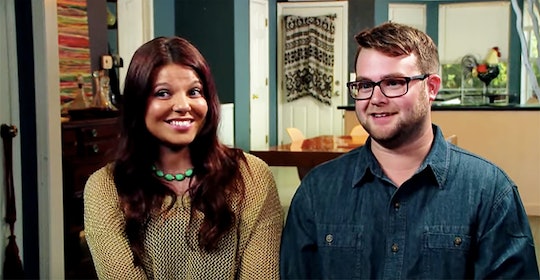 In case you missed the memo, four Duggar women are pregnant at the moment. But that number is arguably five, as Jim Bob's niece, Amy Duggar, is also expecting. Although she's not as well-known as the other Duggars, some fans might be curious to hear about Amy Duggar's pregnancy updates. As it turns out, Amy's quotes reveal she'll be an accepting and fun parent.

Everyone's favorite Duggar cousin — or rather, the only Duggar cousin, considering she's Jim Bob's only sister's only child — and her husband, Dillon King, announced they're expecting their first child back in April. "BABY KING IS ON THE WAY!!!" Amy wrote on Instagram at the time. "Happy Easter from our growing family to yours!!"

The couple also shared their thoughts on their impending parenthood with People, stating: “We are completely speechless, overly excited and ready for the next chapter as new parents!”

Since the big reveal, Amy has kept Instagram followers regularly updated on her pregnancy journey. From belly photos to creative chalkboard updates, her posts have proven to be incredibly fun and witty.

On May 16, Amy looked elated to at last be "showing" in her first bump photo. "I see you little bump!! 19 weeks today!!" she wrote on Instagram.

Around that same time, Amy also opened up about her pregnancy cravings, which were actually pretty healthy.

"I love eating healthy! Luckily this baby loves salad, fruits & veggies!" she wrote alongside a photo of her shopping cart. "I can't get enough cereal with sliced banana either with the occasional ice cream cone and Milkway midnight miniature candy bars thrown in the mix!!"

At 20 weeks along, Amy shared another bump photo of herself, except she was standing next to a chalk board that read, "Oooohh we're halfway there." She captioned the Instagram post, "20 weeks today!!! #Octoberbaby Someone finish the song! ;)."

At the end of May, Amy shared an adorable post explaining how feeling her baby's movements makes her so excited about motherhood.

"I can't believe we are going to be parents!! Sometimes it just hits me out of no where!" she wrote. "I get this extra - extra- burst of excitement especially when those little tummy flutters catch me by surprise in the middle of the day!!" Aww.

On July 11, Amy got real about the struggle that is sleeping during pregnancy. The mom-to-be showed off her smile while cradling her tummy, holding up a chalkboard that reads: "3 AM: Time to go all Kung Fu Panda on mom's bladder." LOL. (But yes, those kicks are quite amazing in the middle of the night).

And judging by the photos, it seems Amy had a blast during a trip to the beach in July. "Nailed it!" Amy wrote on a hilarious photo of a tiny Dillon in the background "touching" her bump in the foreground.

In another beach photo, Amy is seen caressing her bump while kneeling in the sand. "Hello 3rd trimester! Goodbye feet!" she captioned the Instagram post.

I can't say for certain, but I have a feeling a lot of parents can relate to that symptom.

But wait — that's not all. Amy shared another hilarious photo of herself on the beach, which featured her entire body covered in sand, minus her head and bump!

As In Touch Weekly reported, Amy revealed the name they chose for their son on July 20. “Baby Dax we cannot wait to meet you!! You already bring so much joy into our lives!! We love you so much Daxton Ryan!” she captioned a photo of her baby boy's name written in the sand. Talk about a cute reveal.

An Instagram post at the beginning of August showed Dillon sweetly snuggling up to her bare bump. "Loving on this 30 week bump tonight!" Amy wrote.

Finally, Amy's most recent pregnancy update showed the expecting mama looking cozy as she held a chalk board that read, "Home is where the pregnancy pillow is." Amen, girl.

With roughly nine more weeks to go until her due date, Amy and Dillon King are likely getting even more excited about meeting baby Dax, so I suspect there will be plenty of funny and endearing Instagram posts to come. And based on Amy's pregnancy updates so far, I can already tell she's going to be an amazing mama.

More Like This
Joss Stone Reveals Her Uterus Split While Giving Birth To Her Baby Boy
Pelvic Pain During Pregnancy: What Causes It & How To Deal With It
Julia Roberts Shared A Rare Photo Of Her Twins Hazel & Finn On Their 18th Birthday
Hilary Duff Cut Her Daughter Mae’s Hair & Gave Her The Most Adorable Bangs