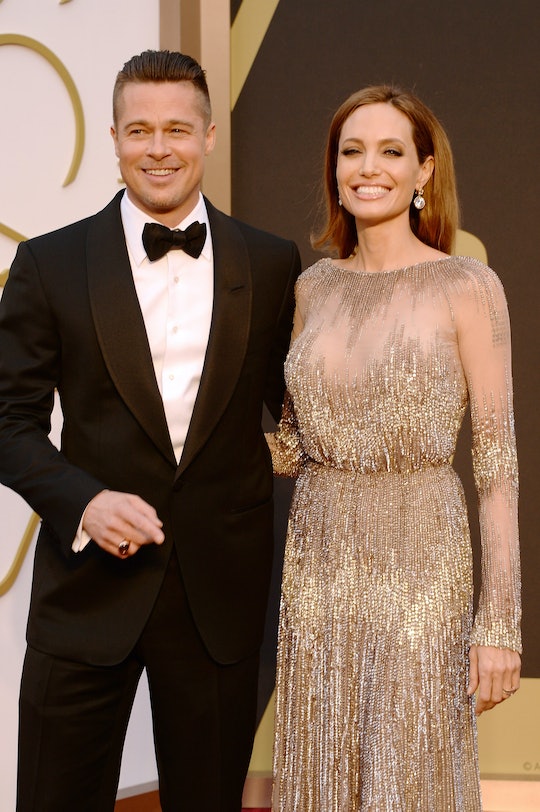 Brangelina may be no more, but the two will forever be immortalized as a couple in the first movie they ever did together — and the one that spawned their romance. Mr. & Mrs. Smith (2005) brought the two together over a decade ago. While the two are one of the most highly recognizable couples in the world, they only starred in one other film together: 2015's By The Sea, written and directed by Jolie. Angelina Jolie & Brad Pitt's movies show their relationship started and ended with the two as co-stars.

Mr. & Mrs. Smith, an action-comedy directed by Doug Liman, told the story of a married couple with a big secret: both are contract killers, and both are trying to keep their real job a secret from the other. But when they both get assigned to take out the same person, the job is compromised — and they wind up contracted to kill each other. The film did pretty well at the box office, but it put the chemistry between Pitt and Jolie into the spotlight.

Mrs. Smith was originally to be played by Nicole Kidman, but she had to drop out after filming for Stepford Wives went over schedule. Pitt, who had been attached to the film since the beginning, dropped out too. But when Liman got Angelina Jolie to replace Kidman, Pitt returned. The rest is history.

Pitt was married to Friends star Jennifer Aniston at the time, and Jolie was already an Oscar-winning actress who regularly made headlines. But when photos from the set leaked, showing the two holding hands, speculation began that their on-screen chemistry might be grounded in a burgeoning, real-life romance.

Aniston filed for divorce from Pitt as rumors of an affair began to circulate. Pitt and Jolie got together almost immediately after the divorce was finalized. They married in 2014 after dating, co-habituating and raising children together for nearly a decade.

Their second film came a decade after their first, and was released last November by Universal Pictures. By The Sea was written and directed by Jolie, and produced by Pitt. It tells the story of an American couple visiting France in the 1970s, trying to put back together their crumbling marriage. They eventually befriend the young couple staying in the room next to them at their hotel — the socializing eventually leading to an affair that almost breaks both couples up.

With the news of the Brangelina split Tuesday morning, could the film have been a clue that there was strife in the Jolie-Pitt marriage? No one knows, except the stars of course. If not By The Sea, maybe Mr. & Mrs. Smith predicted all of this:

In a statement to PEOPLE regarding Jolie's divorcing filing, Pitt said:

And Jolie's lawyer confirmed that the couple is splitting for real, telling PEOPLE in a statement that Jolie "has filed for dissolution of the marriage. This decision was made for the health of the family," adding that the actress will not be commenting on the divorce and requested privacy for the family.