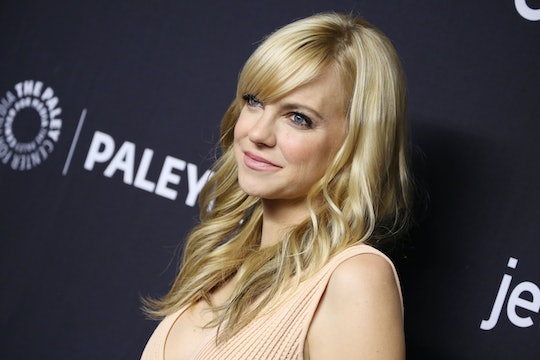 This may come as a shock to some, but Anna Faris isn’t immune to parental anxiety. But she makes a conscious effort to not “transfer” her stress onto Jack, which seems to have paid off. “When we walked Jack to school on his first day of kindergarten, some other parents were a little anxious and their kids were a little anxious,” she recalls. “I don’t mean to pat myself on the back, but I was proud that Jack was like, ‘Bye! See ya!’ He ran into the classroom.”

Full disclosure: Faris did “choke back some tears” on Jack’s first day, despite her proud mom moment.

When Jack isn’t in school, Faris tries to keep the mood light because she knows he’ll be “bombarded” with competition later in life. The Baltimore native got a taste of this firsthand when she hilariously botched a private school interview for her son, telling Ellen DeGeneres that the entire process was “terrifying.” So in light of this, she takes every opportunity possible to have “fun” with Jack while she still can.

“We read a lot together, we play a lot of imaginary games,” she says. “I know it will come when he’ll start to get stressed out by tests and things like that. I think that for us, keeping play involved in homework is the strategy for right now. But please ask me again in five years.”

Faris is all about making Jack feel comfortable wherever he is, which can be paramount for a child’s emotional and academic growth. For the Unqualified podcast host, this means focusing on the little things whenever she can. “We try to put special things in his lunch every day, whether it’s a little drawing or a note,” she tells Romper. “Just something to let him know that we’re thinking about him. It’s probably more for me."

Another way Faris works to keep Jack content, especially at home, is by keeping his things organized. Or at least trying, as she admits it took her a "while to learn" the best way to keep a small child organized.

“With Jack, I attempt to have certain timelines. Like we have a four-hour flight, then it’s drawing time from here to here, and now you can watch a program from here to here, then we’re going to do some reading from this hour to the next hour,” she says. “But mostly, I just want to watch my movie. That’s what I attempt.”

Of course, every child is different and there’s no “right” way to do this whole parenting thing. But the always-funny Anna Faris is killing the game when it comes to supporting Jack, kicking you-know-what and taking names — then storing them in their designated bin so they are easy to find later.