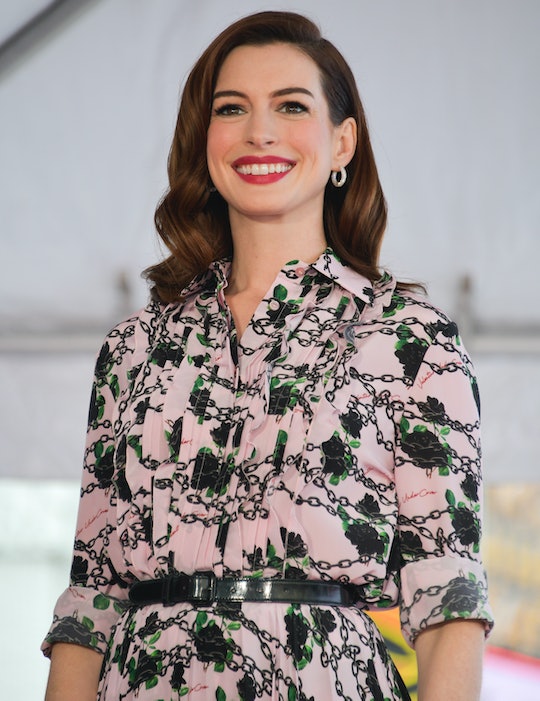 Anne Hathaway Is Pregnant With Baby No. 2

There's another Hathaway-Schulman baby on the way. Anne Hathaway is pregnant with baby no 2., and revealed her infertility struggles in a new Instagram post.

On Tuesday, Hathaway revealed to fans and followers that she was indeed expecting her second child with husband Adam Schulman. In the process, she also revealed that she and Schulman have struggled to get pregnant, both with their first and second children. "It’s not for a movie... #2," she wrote on the post. "All kidding aside, for everyone going through infertility and conception hell, please know it was not a straight line to either of my pregnancies. Sending you extra love."

Linear it is not, nor is it uncommon. According to the Office of Population Affairs, 12 to 13 couples out of every 100 in the U.S. will have trouble becoming pregnant, and according to the CDC, 10 in 100 women, which is about 6.1 million women in the U.S., will have trouble getting or staying pregnant. By most measures, Hathaway's experiences are unfortunately more common than one would assume.

For her announcement, both fans and friends alike have shared an outpouring of love and support for the couple, and well wishes for the soon-to-be family of four.

Hathaway welcomed her first child, a son named Jonathan, back in 2016. However, she did not share a photo of him until the year after, when she posted a snap of him watching a laptop, on which his mother was speaking at the United Nations (NBD).

“I had never posted a photo of my son, and I decided to post a shot of the back of his head, and almost as soon as I’d done it, I wished that I hadn’t," she told Jezebel in an interview. "I felt like I had broken some kind of a seal in inviting people into my life. And even though I felt as though I had done it in as protective a way as I could, even though it was a moment I was incredibly proud of, I don’t know that I’ll ever do it again."

Given that Hathaway is distinctly private about her personal life (and honestly, it makes sense) it's not surprising that she waited a few months to share news of her pregnancy. Though she didn't say how far she was along (and it is difficult to estimate the progress of a pregnancy based on physical appearance alone, as every woman shows differently) she does seem to be a little farther along than the average 3 months when pregnancies are announced.

Regardless, it's clear that Hathaway is excited to become a mom again, as it's a job she clearly loves and is handling with a lot of grace. "I try to be nice to myself," People reported she said of juggling parenthood and her career. “I’m not big on mommy guilt. I just don’t really do it unless I really, really, really, really, really need to,” she added.

It seems that Hathaway and Schulman are entering a new phase of life, and we couldn't be happier for them now that they're adding another new little bundle of joy into the mix.