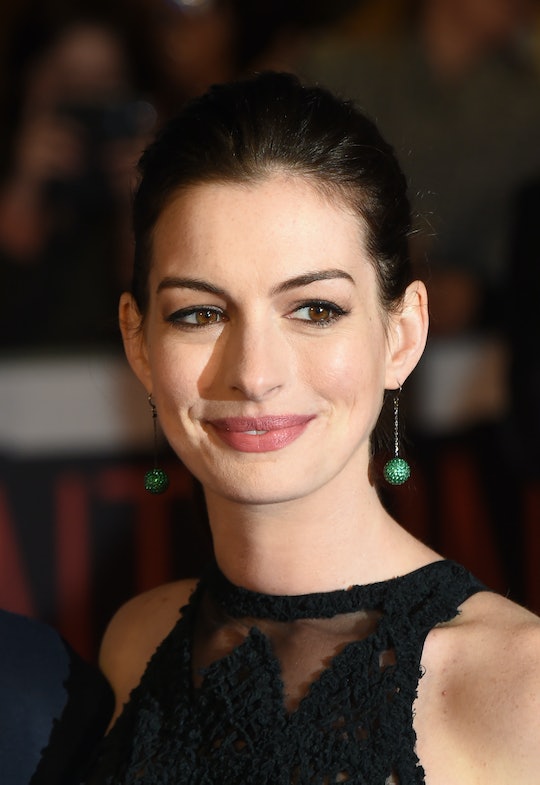 Anne Hathaway Is Pregnant With Her First Child With Adam Schulman

Three years after marrying husband Adam Schulman, Anne Hathaway has confirmed she is pregnant. It's not too much of a surprise for those who have been spotting paparazzi photos of The Intern actress as of late — cameras had snapped pictures of Hathaway that made it look as though she was expecting.

And Hathaway is already fairly far along. As a source told E! Online, "Anne is in her second trimester and feeling great!"

Still, fans of the actress have been expecting this news for some time. Even back in 2012, the year Hathaway made the rounds to promote her Oscar-winning performance in Les Misérables, the actress was telling reporters that she was eager to start a family. While speaking with The Hollywood Reporter alongside other A-listers like Amy Adams and Naomi Watts, Hathaway told the publication, "I'm the only one here who's not a mother. I hope to join the ranks soon."

But, in the same conversation, Hathaway brought up an issue that plagues all mothers in Hollywood — how to keep their child away from the aforementioned paparazzi. After all, if the actress can't even keep her child away from the cameras before her baby is even born, how is she supposed to navigate through Hollywood with a child in tow without press intruding? As she said to The Hollywood Reporter, "I'm thinking about that because I really want to have a baby ... and my husband and I are like, 'Where are we gonna live?'"

Well, certainly in a bigger house, based on her other conversations about her future family. As the actress told The Telegraph, "I’ll start with one healthy kid but I’d like to have a few naturally and adopt. I gotta get on it, you know?”

So how many more Hathaway-Schulman babies can we expect after baby no. 1? "I’d like to have as many as I can afford, not just financially but in terms of time, because you want to make sure each one feels special," she said.