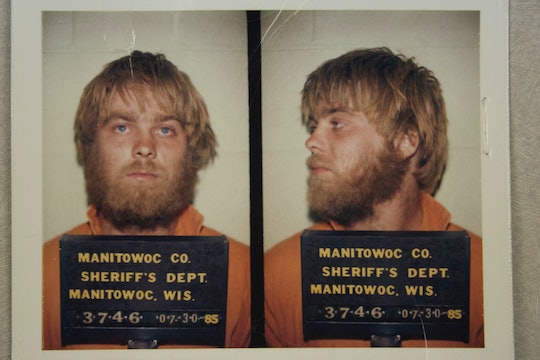 Netflix series Making a Murderer made quite a splash when it debuted on Dec. 18. The subject, Steven Avery, was exonerated once only to be jailed again for murder, and not everyone is convinced that the 53-year-old committed that crime, either. One famous hacker group counts itself among the unconvinced. On Monday on Twitter Anonymous promised to release documents about Steven Avery on Tuesday that will cast doubt on Avery’s 2007 murder conviction.

Exonerated in 2003 for a wrongful sexual assault conviction after 18 years in prison, Avery and nephew Brendan Dassey were later found guilty of the 2005 murder of photographer Teresa Halbach. Halbach was last seen alive on their property taking pictures of a car. How and whether Avery killed the woman with the Dassey’s help was further explored on the breakout Netflix series.

And while many people were running to social media to talk about how twisted the case was, Anonymous took to Reddit and Twitter to warn that they have information that could cast doubt on the trial that sent Avery back to prison.

The group mainly has their eyes on Manitowoc County Sheriff's Department's Sgt. Andrew Colborn and Sheriff's Department Lt. James Lenk, who allegedly botched Avery’s 1985 sexual assault conviction by withholding evidence that would have led to a different verdict, according to Wisconsin paper The Post Crescent. However this time around, Anonymous alleges they have phone records between the two — who were named in Avery’s $36 million lawsuit — which could possibly lead to a reopening of his case.

Since Anonymous promised to release the documents, speculation has been flying about what information they might contain and what difference it will make, as Avery’s appeal for a new trial was denied in 2011. In the ruling, the court determined that a search of his trailer home was constitutional, that third-party evidence Avery tried to submit was rightfully inadmissible, and that a dismissal of a juror does not warrant granting him a new trial, WEAU.com reported. “We reject Avery’s challenges. We affirm the judgments of conviction and postconviction order,” the court concluded.

Since Anonymous tends to release concrete, damning evidence, they could bring to light some previously unseen or unheard visual or audio. In November, the group made headlines for revealing the identities of more than 350 Klu Klux Klan members. Earlier this month, they boasted that they are helping the FBI in the murder of Jessica Chambers and released gang members’ info, who they believe are involved in her death. And since they have specifically warned Manitowoc County that it has two days to release relevant info in the Avery case, the information the group plans to release could involve correspondence between Sgt. Colborn and Lt. Lenk (who found the photographer’s car keys in Avery’s home following multiple searches in which the keys hadn't been seen), possibly about evidence recovered during their investigation — and that maybe more than these two know about a miscarriage of justice.

“It almost has to be tower pinging info. My guess is it shows Colburn out near the Avery place at a very interesting time, probably before she was reported missing or her car was found,” one Redditor speculated. “Best you can do is get call logs, but how would Anon know what Lenk and Colburns cell phone numbers were in 2005? How would they get access to that data?” another pointed out.

It will definitely be interesting to see what Anonymous has up its sleeve.

More Like This
17 Best Potty Training Products For Toddlers
Everything We Know About 'Virgin River' Season 4 Right Now
Britney Spears & Sam Ashgari Share They Lost Their "Miracle Baby" In Statement
Ashley Graham On The “Fun, Organized Chaos” Of Raising Twins