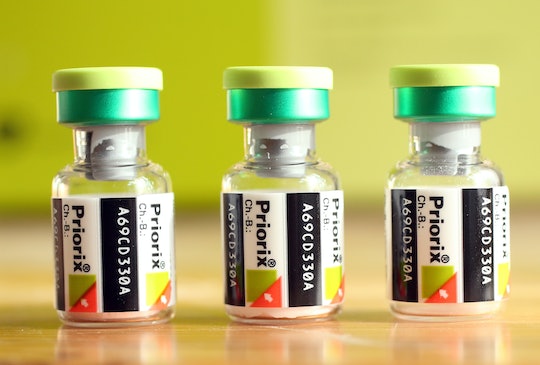 No one likes to be talked down to, which is why it's not all that surprising that a new study found anti-vaccine parents respond to genuine information sharing more than they do to shaming on the same topic. The study was done in Washington, as a way to figure out how to best talk to parents who are skeptical about vaccines and try to sway them to understand the widely-accepted science. Using surveys and focus groups, the researchers trained certain parents to be advocates and armed them with science (and their own experiences) to talk to parents who were self-described as "vaccine hesitant."

What researchers found was that, after hearing a parent talk in a positive way about why they think vaccines are important, the number of parents that said they were concerned about other parents not vaccinating their children went up from 81 percent to almost 89 percent.

They also found that people reporting they were "hesitant" about vaccines decreased from 22 percent to 14 percent. Those are some pretty big changes, which means that shame — or commenting in all-caps on Facebook or mocking a vaccine skeptic — is really not the way to go. It's not rocket science that people want to be respected, or that appealing to someone's sense of empathy instead of shutting them down should work. But it's a good thing to remember the next time you find yourself bickering about vaccines.

The anti-vaccination movement is a powerful force and a major public health crisis. The researchers started the study in response to clusters of unvaccinated children getting measles or mumps in the state. This year, a mumps outbreak affected almost 300 kids, in five counties. In just 27 days in January this year, there were 230 reported cases of mumps in Arkansas, too. In Texas, mumps cases are at a 20 year high. That's insanity.

Mumps isn't often deadly, but it can have some serious consequences, like deafness or swelling of the brain once the initial infection has cleared up. (Remember, mumps is also totally preventable with an measles-mumps-rubella vaccination.) All states require that students show proof of vaccination to enroll in school, but each state also allows for certain exemptions. In Washington, for example, a parent just has to show a statement that's signed by the child's doctor saying that the parent was informed of the dangers of not vaccinating.

To start to bring those numbers down, something has to change. Starting with how everyone talks to each other is as good a place as any to start.