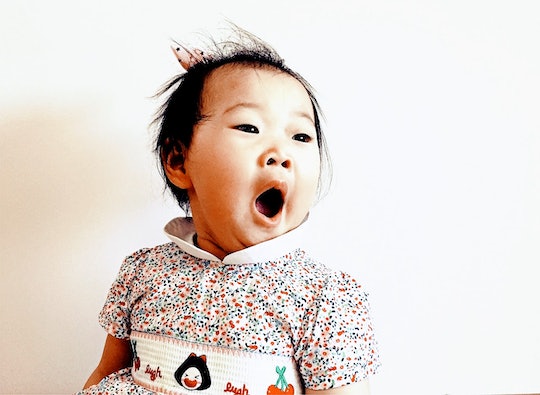 Winter is a pretty popular time of year for colds and flus, especially if you have little ones at home. One illness every parent dreads are ear infections, which aren't just uncomfortable but can be dangerous if they go untreated. New research shows that despite some theories, antibiotics for ear infections in babies are still the best way to go. And unlike with some other childhood illnesses, shorter courses of them might not necessarily be better in the long run.

Fears over antibiotic resistance have been steering the conversation about antibiotics, like penicillin, for years. Often, people think that antibiotics can cure just about any illness or ailment they have, but understanding how antibiotics work is important to understanding why they sometimes don't work.

Antibiotics only work against bacterial infections, not viruses, so that means that they're useless against a lot of illnesses that both kids and adults get. Influenza, for example, can make a person feel really lousy. But it's caused by a virus, so taking an antibiotic to try to clear it up wouldn't work. Every time a person takes an antibiotic, their body's immune system gets a little more used to them. That means over time, the antibiotics might stop working. When people take antibiotics when they don't need them, it contributes to the building resistance but doesn't provide any benefit. Not to mention it can be expensive, especially without health insurance.

Another common childhood illness that can sometimes go along with ear infections is Strep throat. Strep is caused by a bacteria, so that's why you have to get an antibiotic if you come down with it. The problem is, strep bacteria is already showing signs of becoming resistant to some first-line antibiotics. Doctors are being pressured to more carefully prescribe antibiotics so that they won't contribute to the growing number of infections that are becoming resistant to the drugs.

By their first birthday, half of all babies will have at least one ear infection, according to the American Academy of Pediatrics. New research about ear infections seems to indicate that they're one childhood ailment that should always be treated, and that doctors shouldn't skimp on the dosage.

The study, published in The New England Journal of Medicine, looked at whether or not ear infections could be successfully treated in infants and young children with a shortened course of antibiotics. What they found was that shortening the duration of antibiotic treatment didn't work. Not only did the infection not clear up, but there also wasn't any benefit to a shorter course (like fewer side effects). The standard dose is usually 10 days of antibiotics, and warning labels always say that if you take less than the prescribed dose, your infection might not go away at all, or it could come back.