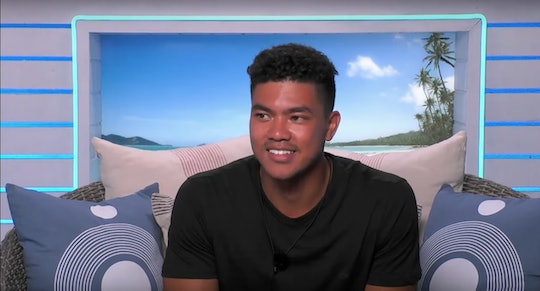 Anton Is Gone From 'Love Island' But His Instagram Is Forever

Love Island USA experienced its biggest shakeup thus far on the Aug. 1 episode. Newcomer Emily took Kelsey's man, Weston, and rather than lead anyone else on, Kelsey chose to leave Fiji. This was a bold move that led to two men being dumped from the island. Kyra chose to couple up with Jered, so that meant Anton and Eric were out. Now that he's gone, many fans (like myself) might be in search of Anton's Instagram account in hopes of getting to know him better.

Anton was perhaps not as direct as new islanders need to be on Week 4. Before his date with Caro, he said, "since day one she's been the girl I've been after and I really haven't had like a chance to... really connect with her. So, I'm excited to like talk to her one-on-one without the rest of the people watching... and just really get to know her."

Caro was of course happily coupled up with Ray, but after they went kayaking she told Anton that the distance between them worried her. Why? Because she lives in Los Angeles, and Ray lives in New Jersey. Caro also expressed interest in Anton, saying, "you do make me a little bit nervous" and claiming that he was so much her type that she'd been waiting for a guy that looked like him to walk into the villa.

Perhaps Anton led with the wrong step first because he told Caro, "I really want you to meet my mom." Dude, on Love Island you have to just lean in and see if she wants the kiss. In the end, Caro's connection with Ray was just stronger than her spark with Anton. All we have left is Anton's Instagram account to learn about who he really is.