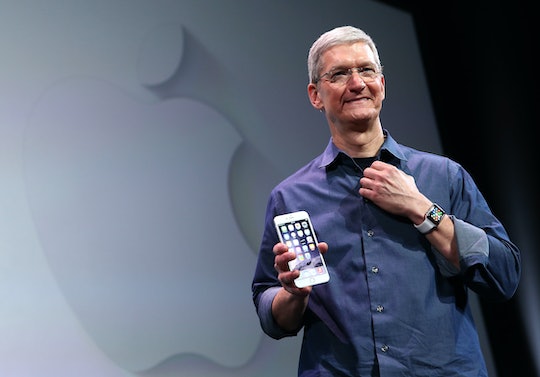 Responding to a mandate by a U.S. magistrate Tuesday, Apple said it would not hack the phone of San Bernardino shooter Syed Farook, vowing to fight the court order, according to CNN. The court’s decision came as a result of the FBI’s request to break into Farook’s iPhone as part of the ongoing investigation into the terrorist attack responsible for the death of 14 people in December. While investigators believe that gaining access to Farook’s phone may allow them to uncover important information in the case, Apple CEO Tim Cook argued in a letter published on the company’s website that following the order would set a precedent, allowing the U.S. government to force other companies “to expose its customers to a greater risk of attack…[hurting] only the well-meaning and law-abiding citizens who rely on companies like Apple to protect their data.”

Cook explained that the FBI has requested that Apple create what he would consider to be a “backdoor” to the iOS operating system, allowing the government to bypass the phone’s built-in security feature that automatically and permanently wipes the phone of all data if the wrong password is entered too many times. If the feature is disabled, the FBI would then be able to enter as many numeric combinations as they need to to crack Farook’s phone password. But Cook believed the implications of that would be potentially disastrous, as the creation of a “backdoor” would, in his opinion, be “the equivalent of a master key, capable of opening hundreds of millions of locks — from restaurants and banks to stores and homes.”

But that’s not Cook’s only concern: the ruling could potentially have wide-reaching privacy implications far beyond iPhone hacking. Once the precedent has been set, he argued:

The government could extend this breach of privacy and demand that Apple build surveillance software to intercept your messages, access your health records or financial data, track your location, or even access your phone’s microphone or camera without your knowledge.

But despite Cook’s concerns, FBI Director James Comey told a Senate committee earlier this month that not having access to the phone in question has been a major roadblock in the FBI’s investigation. More importantly, he said, having access to encrypted information is becoming more and more important to solving criminal cases, according to BuzzFeed:

All of our lives are becoming increasingly digital. Those devices are going to hold evidence of child pornography, communications someone made before they were killed, before they went missing, the evidence that would be necessary to solve the crime.

Comey also denied the idea that he was asking for something unethical, arguing instead that he is asking for cooperation in a necessary part of an investigation:

It’s not yet clear what will happen next — whether Apple’s pushback against the ruling will be accepted — but what is clear is that the notion of giving governments access to private, encrypted information (especially in cases of terrorism) is a very controversial topic, with significant implications on both sides. Whatever the final decision, it will be an extremely important one — and one that could have an impact on virtually everyone with an electronic device.