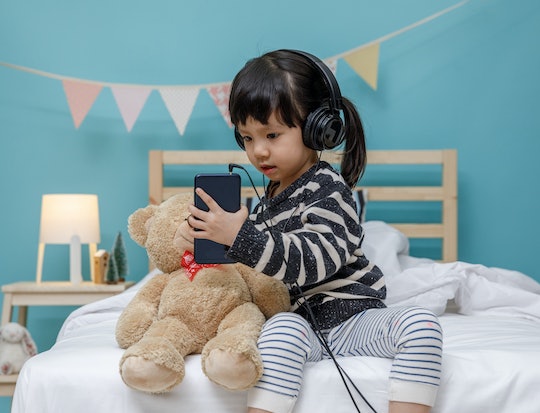 Each September, tech aficionados wait patiently for the reveal of the newest Apple products and, subsequently, the latest software updates. Even if you do not choose to purchase a new phone, you can typically get the software on any previous device. What makes this year's announcements extra exciting is that Apple is releasing new parental controls on phones, ones that will allow you to monitor and limit the amount of time your child spends on them.

ABC News reported today that, as part of this month's iOS 12 update (which is free) the company will be rolling out new control features that helps you manage how much time your kids are spending on their devices. Software will now be equipped with controls that allow you to restrict certain classes of apps, or even shut down your child's device accessibility entirely with something called "Downtime." The latter allows you to choose a set period of time to block off (for example, dinnertime through bedtime) every day for the entire week.

In addition, TechCrunch reported that, in response to reviewing research from child development experts whose studies have found "links between the use of electronic devices by kids, and negative effects on concentration, emotional health, sleep and empathy," the company is releasing something called "Screen Time," which allows you to limit the amount of time a child can spend on a specific app or game each day.

Subsequently, Apple released a "Families" page on their website, in which they explain the different features now available to parents.

For one, the updates also give you a weekly report of your child's activity. "Screen Time gives you a better understanding of the time you and your kids spend using apps, visiting websites, and on your devices overall," the page reads. "You can get weekly reports or see specific app usage, notifications, and device pickups."

They continued: "The Kids section is carefully curated to be a great space for children. And we review every app to make sure it does what it says it does. In Restrictions, you can also tap an age range and, just like that, your kids can buy or download only apps appropriate for them — including curated recommendations," adding that you can even block apps entirely.

"If you want to, you can prevent kids from installing new apps, like social media or photo sharing — or even turn off the Safari web browser. Enable Ask to Buy, and you can approve or decline their app purchases and downloads right from your device," they said.

The updates are timely, considering that in October of last year, CNN reported that new studies were stating that kids under nine were spending more than two hours per day on their phones.

Douglas Gentile, a psychology professor at Iowa State University, told the network: "It's been getting harder for parents to really monitor a lot of what their kids are seeing and doing. At the same time, they're relying on the seeming benefit of being able to quiet the kid at a restaurant with a device," he said. "We may be building a bit of a Frankenstein's monster, because we're using that power for our benefit, not for the child's benefit."

James Steyer, chief executive officer and founder of Common Sense Media, told CNN that it was a "seismic shift" occurring. He continued: "One of the most staggering findings is that mobile devices are now as common in the home as TVs — 98% of households with kids under eight have a mobile device," he said. "The ubiquity of mobile is changing childhood."

Be that as it is, it seems imperative that companies like Apple are taking these needs into consideration and responding to them actively.