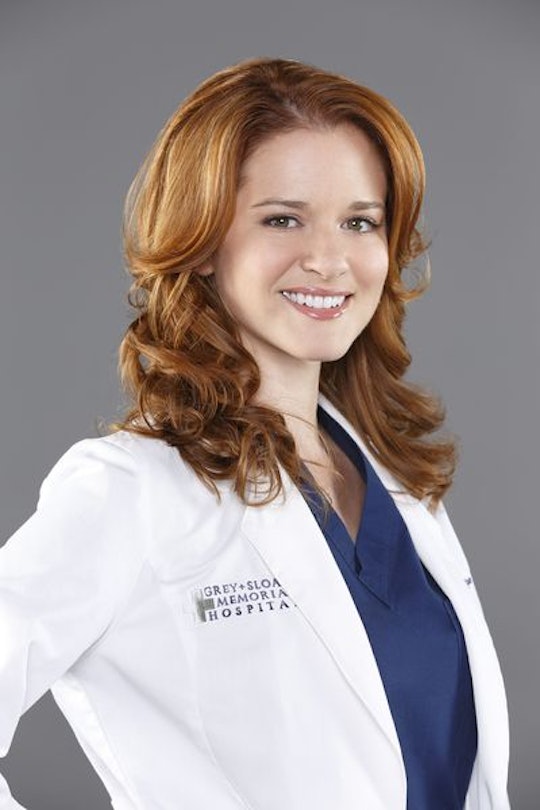 Going into Thursday night's episode of Grey's Anatomy, many fans were worried about the fate of April Kepner, as it appeared like her life was in danger. Thankfully, April didn't die on Grey's Anatomy, but fans are now still left with one important question. How will Sarah Drew exit the show?

It was announced back in March that Drew, along with Jessica Capshaw, who plays Arizona, would be exiting the series after this season. The news was, of course, devastating to fans, but it became even more upsetting when fans saw the preview for Thursday's episode. Since Drew is leaving the show, fans assumed she'd actually be killed off. And while thankfully that didn't end up being the case, viewers are now are wondering what exactly will pull April away from Grey Sloan Memorial Hospital. But perhaps the real question we should be asking is who could pull her away?

During the very stressful episode, it was revealed that April and Matthew have been secretly dating for months. If you don't recall, Matthew is the man April was supposed to marry, before she ditched her wedding and ended up marrying Jackson instead. While April and Jackson's relationship ended in divorce, Matthew moved on and got married to someone else. Unfortunately, Matthew and April were reconnected because Matthew's wife had to come to the hospital while she was pregnant, and though they were able to deliver the baby, Matthew's wife died.

However, a few episodes later Matthew was back at the hospital with his baby and it was April who was able to figure out what was wrong. It appears that since then the two have bonded over their losses (Matthew's wife; April's son) and fallen back in love with each other. Although, Matthew presumably still works in Seattle since he's dating April, it's totally possible that he'll get a job somewhere else and maybe April will leave with him. This is still a hard theory to believe though, since I can't really imagine a world where April would want to leave her daughter behind. Still, maybe April won't go too far like Callie did, but far enough that she's not on the show anymore.

Another alternative is that April follows Arizona to New York and helps her and Dr. Herman with their new center to help women and babies. While that's not exactly April's field, it is definitely something she's passionate about. Perhaps April will decide this is where she's truly needed and she'll join this team. Again, the biggest issue with this idea is leaving her daughter, Harriet.

Of course, there is also the possibility that April will still die. As painful as it would be if this happened, it's possible that while she appears to be totally fine, there may be some later complication that arises in the finale and she actually still ends up dying. This wouldn't be the first time creator Shonda Rhimes led fans to think a character would be alright and then they ended up getting killed anyway. After all, let's not forget what happened to Mark Sloan.

So it wouldn't be all that surprising if, in the finale, everything seems to be going well and then all of a sudden April doesn't feel well or she has a heart attack or something happens that results in her death. It'd be devastating to fans for sure, but also it'd be a very smart move on Rhimes' part, at least in terms of drama. Still, would Rhimes really kill off a fan favorite like that? It's hard to believe, but anything is possible on Grey's. Honestly, the only way to really know why April exits the show is to tune into the finale and see how this all plays out.