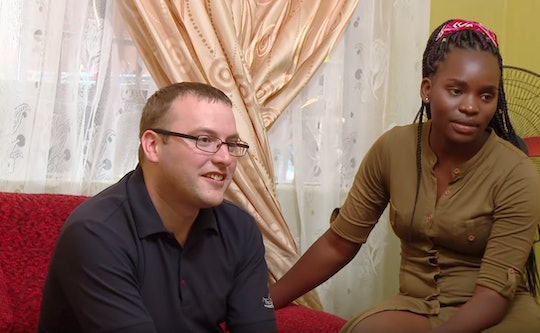 Benjamin finally arrived in Kenya to meet Akinyi in person for the first time on 90 Day Fiancé: Before the 90 Days, and he seems genuinely smitten by her. However, Akinyi’s family is demanding a bride-price, and as a single father who must provide for his son, Benjamin isn’t sure he’ll be able to afford it. Things aren’t going so well for their relationship on the show, so viewers are left wondering if Akinyi and Benjamin are still together after 90 Day Fiancé.

It’s hard to say for sure, because neither of them have been public about their current relationship status. In an Instagram Q & A, Akinyi deflected the question when a follower asked if she was still with Benjamin. They are on a reality show after all, which means they’ll probably keep things under wraps until the finale. It looks like fans will just have to continue watching through the season to see what happens.

At the beginning of the season, Benjamin revealed he is a 33-year-old divorced single dad, who went looking for love on a dating website because he didn’t have much free time to meet women in between studying to be a pastor and working as a customer service representative. After meeting Akinyi on the site, the two hit it off and started a long-distance relationship.

After talking to Akinyi for months, a cash-strapped Benjamin saves up to fly to Kenya, where he meets Akinyi and her family. Akinyi tells him that in her culture, when a man proposes, he must propose to the girl’s father and offer a bride-price. Benjamin is taken aback by this notion, and starts stressing out about whether or not he can afford it.

When he finally does arrive, Akinyi tells Benjamin that he can’t stay in the AirBnB he booked, and must instead stay with her brother, Fidel, so he can keep an eye on him. Fidel comes across as very intimidating, and he tells Benjamin he won’t be able to marry Akinyi without him on his side.

Later Akinyi takes Benjamin to meet the rest of her family, and Benjamin makes a huge flub by ignoring her mother when he walks in. He eventually introduces himself, but Akinyi is already getting stressed out about him fitting in. They wait at the house for hours, but Akinyi’s father never shows up. Akinyi thinks her father may not agree to the marriage, and she says that without his blessing she can’t be with Benjamin.

Akinyi then gets upset about something her brother says to her in private, and tells Benjamin that she wants to be alone. “I don’t know what’s going on, and she’s not telling me what’s going on,” Benjamin says in a confessional. “It’s very frustrating. I’ve come over 9,000 miles to be with Akinyi, and I’m only here for two weeks. The fact that she wants to be alone without me and not talk to me hurts. It’s not OK, but at this point I don’t really have much of a choice.”

It’s definitely trouble in paradise for the two, but it’s hard to predict how things will unfold. Benjamin doesn't seem to have much of a social media presence, and Akinyi's Instagram page doesn’t offer much insight about her love life. For now, fans will just have to wait and see how the couple handles their relationship hurdles as the season progresses.