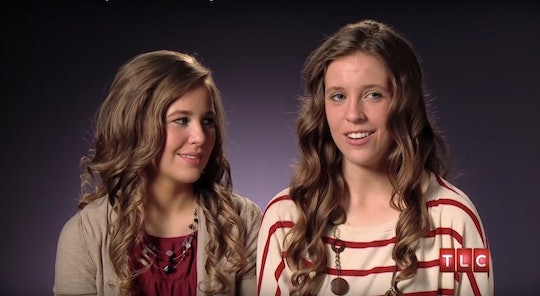 Are All The Duggar Women Midwives? Several Have Midwifery Experience

There's a lot about the Duggars' lives about which fans are curious. Although fans have been keeping up with the ever-growing family since 2008, sometimes it seems like there's more questions than answers. As the family continues to expand with new grandchildren, fans want to know: are all the Duggar women midwives? It seems that quite a few of them have decided to bring their love for children into their professional lives.

TLC's 19 Kids & Counting began in September 2008 (when it was called 17 Kids & Counting) and concluded in May 2015. Since then, fans have followed the family on their spin-off show, Counting On, which premiered in December 2015. The show's eighth season premiered on July 30th, 2018.

Jim Bob and Michelle Duggar, the heads of the family, currently have 19 children together, as noted by their website. Their ages range anywhere between thirty to nine years old. Some of the Duggars' children are now married and have started families of their own.

Many of the Duggars have opted to have home births, or, at least, wanted to. Knowing that, it makes sense to wonder if any of the Duggar girls have decided to pursue midwifery. The Duggars may be a close family, but they aren't all obligated to follow the same path, so not every woman in the family is a midwife. But, it seems that two of them are.

Dedicated fans probably remember when Joy-Anna Duggar was in labor for 20 hours, with her son Gideon, at home. Throughout the entire process, older sister Jill remained by Joy-Anna's side. Although it's unclear if Jill was acting in an official midwife capacity, she definitely has the training for it.

A 2013 clip from 19 Kids & Counting reported that Jill had spent the last two years training as a midwife, acquiring over 3,000 hours of experience. According to People, Jill said, "This is hands-on apprenticeship style. So we are really getting in there and getting to experience what the midwifery and doula roles look like, hands-on."

In addition to Jill, it seems that older sister Jana Duggar is a midwife, too. Jana actually talked about her midwifery all the way back in 2013, too.

Both Jana and Jill did a guest blog for TLC, according to InTouch Weekly, where Jana wrote that she was "working under a local midwife" and added that she was acting "as a midwife assistance and doula."

All of this might make some people wonder, what exactly does a midwife do?

Essentially, midwives are health professionals who are trained to assist laboring women during labor and delivery, but also after the birth of their babies. According to WebMD, midwives might be on-hand to deliver babies at home or places like birthing centers, but some also have the capability to deliver a baby at a hospital as well.

On its website, the Midwives Alliance North America noted, "Midwifery is a woman-centered empowering model of maternity care that is utilized in all of the countries of the world with the best maternal and infant outcomes such as The Netherlands, United Kingdom, and Canada."

It seems like the perfect profession for women coming from such a large family. As the Duggar family continues to grow, it'll be interesting to see if any more of them decide to pursue midwifery, as well.