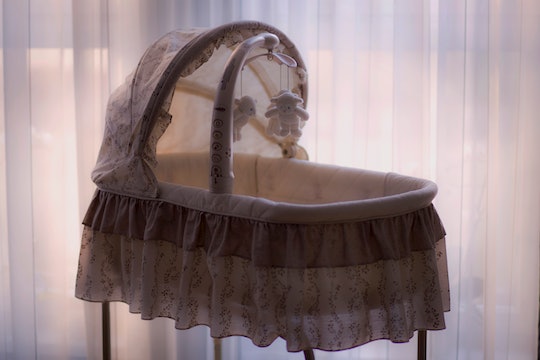 The emotional vulnerability of having a baby can be uniquely compromising to mental health. New motherhood is often isolating and challenging, but are anxiety rates higher in new moms? One study suggests that postpartum anxiety may be even more common than postpartum depression, CBC News reported.

Researchers at the University of British Columbia found that 17 percent of new moms tend to meet the criteria for an anxiety disorder diagnosis, while only five percent get a diagnosis of depression, according to CBC News. Another study at the University of Heidelberg had similar results: of 1,024 women studied, about 11 percent were diagnosed with a postpartum anxiety disorder while only six percent had a form of postpartum depression, Parents reported. Dr. Nicole Fairbrother, the lead researcher on the University of British Columbia study, told CBC News that her team's findings indicate a need for medical professionals to focus more heavily on watching for warning signs of an anxiety disorder in new mothers:

Pregnant women and postpartum women who are suffering from an anxiety disorder may not be getting the screening or assessment or treatment that they need because we aren't thinking to ask about these kinds of concerns because we're so focused on depression.

Sometimes, anxiety isn't the only concern. A new mom can have a depressive disorder, an anxiety disorder, and postpartum obsessive-compulsive disorder (OCD) all at the same time, according to U.S. News & World Report. Depression can increase the likelihood and duration of anxiety and OCD, making it important for moms to keep an eye out for symptoms of any of the three both during and following pregnancy.

A mom-to-be may want to get the full rundown of what to watch for from their doctor. The national nonprofit Postpartum Progress posted a comprehensive list of postpartum anxiety symptoms online for easy reference. Warning signs include a persistent inability to relax, constant worrying, frequent disturbing thoughts, disruptions to sleep, and even physical symptoms including headaches and nausea. Many of the symptoms of anxiety and OCD overlap, so new mothers may want to be evaluated for both. Postpartum Progress also lists the symptoms of depression, which may include rage, guilt, numbness, disconnect, and hopelessness.

Any moms experiencing symptoms of postpartum anxiety may want to consult a physician. Though seeking treatment can feel intimidating, getting help can be genuinely empowering. Doctors may teach relaxation techniques, advocate exercise, or, in extreme cases, prescribe medications, Parents reported.

No new mom needs to endure postpartum anxiety, OCD, or depression alone. With the support of loved ones and the guidance of a doctor, healing can begin.