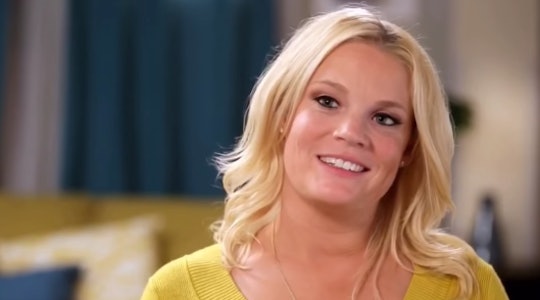 TLC reality show fans can rejoice, because another season of 90 Day Fiancé is almost here. Season 6 is here and already, fans want to know everything they can about the newest couples on the series. 90 Day Fiancé viewers are always curious whether the couples on the show really go the distance or break up in the process of trying to get married. For instance, fans are already curious: are Ashley and Jay still together after 90 Day Fiancé? They're one of the featured couples on Season 6, and their relationship already seems very interesting.

Ashley and Jay met at a club while she was in Jamaica for a friend’s wedding, according to Us Weekly. But Jay was the one to find her on social media afterwards, and they struck up a conversation. Six months after that, Ashley left her home in Pennsylvania to visit Jay, and apparently it went well, because after slightly over a week of spending time together, Jay proposed to Ashley.

Ashley has already been engaged twice, but clearly, both she and Jay are hoping that this is the one that will stick. But there are some challenges in their relationship, as any couple faces. For example, Ashley is 31 and Jay is 20, according to Us Weekly. Now, an age difference like that doesn't necessarily have to be make-or-break in a relationship, but it does present a challenge that other relationships that are closer in age don't tend to.

Jay explained in the video above that his mom is already working in the United States, so there's a chance his family already knew a little bit about the visa process before Ashley even came into the picture. But a K-1 visa has a pretty distinct process that Jay and Ashley have to follow, including the stipulation that they have to get married within 90 days of Jay entering the U.S., the U.S. Department of State — Bureau of Consular Affairs website explains.

Having to marry someone you've spent less than a month with in person within about 3 months is certainly a lot of pressure, but Jay and Ashley seem determined to do it in promos for the new season of 90 Day Fiancé. So, did they end up getting married and staying together after the show concluded? A little research offers the answer.

Ashley and Jay seem very into each other if you check out their respective Instagram accounts. Plus, on Jay's Instagram, the photo above from Oct. 12 has the caption, "Me and wifey livin our best life 😍😍😍." That suggests that they're not only still together after 90 Day Fiancé, but that they definitely got married — unless Jay is just using it as a term of endearment.

Ashley's Instagram account is no different, and features a bunch of photos of the couple together in romantic shots. Ashley and Jay could always be faking the love on their social media so as to not give away spoilers about 90 Day Fiancé, but honestly, that seems like a lot of trouble to go to.

So it looks like this is one 90 Day Fiancé couple that got their happily ever after after all.