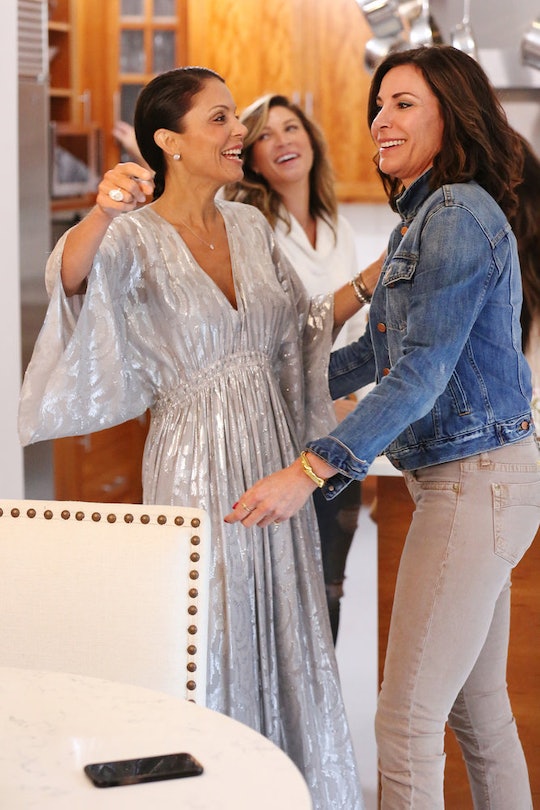 Fans expected this season of The Real Housewives of New York City to be rocky; Bethenny Frankel was returning after the unexpected death of her sort-of fiancé Dennis Shields and Luann de Lesseps was coming off of two stints in rehab for alcohol use. Bethenny was at least partly responsible for orchestrating Luann's intervention but their relationship has soured somewhat as the season has developed. So viewers may be wondering if Bethenny and Luann are still friends on RHONY. It's easy to empathize with both of them.

Bethenny, after staging Luann's return to rehab, is understandably feeling a little burnt out. Leading up to the intervention, Bethenny helped to deal with Luann's spiral which included, among other things, the erstwhile Countess begging Dennis for $6 million to buy a house upstate. Luann is obviously doing her best to stay sober now but, like many people in recovery, she's been requesting a lot of special treatment that the other Housewives feel pushes the envelope.

From demanding the best room at Dorinda's Halloween Berkshires trip to asking her host to facilitate massages and a yoga instructor, Luann has really been testing the limits of reasonable accommodation. The general consensus seems to be that she's treating her friends like personal concierges and expecting their worlds revolve around her on the grounds that she's in recovery. Bethenny finally snaps in the May 22 episode, explaining to Luann how ridiculous her behavior is.

Of course, this argument was preceded by Luann feeling miffed that Bethenny skipped her Halloween cabaret show — which Bethenny pointed out that she only did because Luann performed an hour late and she had to get home to her daughter. So this tension has been bubbling for awhile.

"We all have our own lives," Bethenny shouts while visiting Luann at her new upstate pad. She adds mockingly, "'Dennis died, give me the best room! Give me a massage and green juices.' Everybody's got their sh*t."

And while the other Housewives may be (just barely) keeping a lid on complaints about Luann's ballooning neediness, they've definitely been showing frustration. Luann has really fixated on her cabaret shows this season, which is a pretty normal thing to do for people who are trying to replace addictive behaviors. It's obviously starting to grate on her castmates, but thus far, they've kept their venting limited to confessional interviews, rather than blowing up at Luann for it. The attitude seems to be that if this is the thing that occupies her while she tries to stay sober, they may as well show up for her.

In a March interview with Bravo's The Daily Dish, Ramona Singer revealed that there were some surprising upsides to Bethenny and Luann both being in a raw place this season, even if it did trigger a lot of fighting between them. "I think them showing, Bethenny and Luann, such vulnerability within themselves made us all feel vulnerable," Ramona explained. "And we all kind of broke down our barriers. That's what you're going to see; you're going to see us more real than ever in my opinion."

My sense is that Bethenny and Luann will need a break after the tumultuous year both of them have had, but these OG Housewives will cool off and make up eventually.