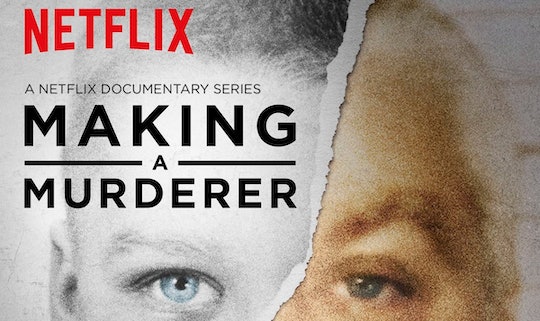 Making a Murderer captivated viewers and embodied one of fans' favorite genres of television: true crime documentaries. Even though the first season aired in 2015, people are still invested in the characters and their fate. Now, the second installment is causing super fans to binge watch the show in marathon sessions. This new season is full of twists and turns, but fans keep coming back to the same question. Are Bobby and Brendan Dassey close? Making a Murderer: Part 2 may unearth some interesting new facts.

Season two picks up where one left off, only with Steven Avery's new lawyer, Kathleen Zellner, taking charge to come up with new and convincing testimony, according to TV Guide. From bullet fragment and sweat DNA to blood splatters and crime scene recreations, Zellner was on it, trying to defend her client.

And with all the new findings, there's a new theory on who killed Teresa Halbach. Zellner makes the case that Brendan's brother, Bobby Dassey is the true killer, along with his step-father as an accomplice, and lied in his testimony against Brendan in order to frame him and Avery for the murder, according to USA Today.

Long story short, nothing major was resolved and Avery and Brendan Dassey both remain in jail serving life sentences, according to People. Only Brendan has the possibility of parole, as CNBC reported. They are currently appealing the convictions.

As for the the true murderers? They may still be out there.

Viewers already know the basics of Bobby and Brendan's relationship. They are brothers and Brendan is intellectually-impaired. Is it possible that someone persuaded Brendan to take the rap? Some of the docu-series' fans seem to think that could be possible, but for now no one knows for sure.

With Brendan serving out his life sentence in Columbia Correctional Institution, he probably doesn't see much of his brother Bobby.

Bobby didn't physically appear in the second season of Making a Murderer, but his presence was definitely felt through the alleged new evidence brought to the court. "We believe the case [against Avery] will ultimately collapse when it gets to the higher courts within Wisconsin," Zellner told People.

Bobby Dassey's whereabouts are currently unknown, according to Bustle. And he hasn't spoken publicly about any of the alleged new evidence. He was also never treated like a suspect in Halbach's murder.

As for Brendan's whereabouts, he remains in jail with the possibility of parole in 2048, according to Refinery29. And while his mother and other relatives visit him often, it's never been said if his brother ever visited or has plans to in the future, according to the Green Bay Press Gazette.

In short, Bobby and Brendan might be brothers but they don't exactly seem to share the typical camaraderie that some siblings do. If Brendan is ever released, who knows what he will have to say to his brother. Until then, fans have plenty of time to continue connecting any potential clues about what really happened while watching Making a Murderer: Part 2.