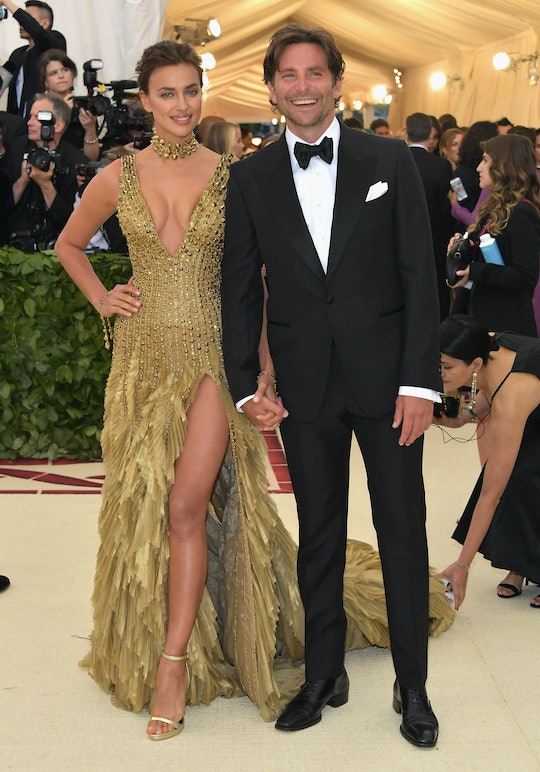 One of the most famously attention-averse actors in Hollywood has been getting a ton of it these days with the five Golden Globe nominations for his mega-hit film, A Star Is Born. But he’s still keeping his personal life close to the vest, even with all the press he’s had to do. Which may have some people wondering, as they share a baby girl together, if Bradley Cooper and Irina Shayk are engaged.

Some rumors flew earlier this year when Shayk posted a photo to her Instagram that showed a ring on her left hand, according to Hello! Magazine. Fans instantly assumed the couple had gotten either engaged or married, but both of them did not issue a comment. That same rumor flew back in 2016, however, when Shayk was seen wearing no less than a diamond on her ring finger, according to Grazia. The couple also declined to comment on that sighting, according to the publication, and Cooper has never been spotted with a ring.

So it’s pretty safe to say that if they couple has gotten engaged, or even married, they’re doing their very best to keep the fact hidden from the public. “I just don’t talk about certain things,” Cooper told Howard Stern when he appeared as a guest on Stern’s show, according to E! News.

At the time, Stern was digging into the reason why Cooper took his mother to red-carpet events rather than a romantic date. "You're right, it's so great to take someone you're with to a place where a hundred people are going to photograph you every step you make and ask you tons of questions, and then rip it apart the next day. No, no, no, no, no," Cooper told the host.

That doesn’t mean the family man is a hermit though. On Dec. 20 he and Shayk were seen with their 21-month-old daughter Lea visiting Disneyland, according to Us Weekly. While one park-goer told the outlet that the couple looked relaxed and like they were having fun, another said it seemed a bit more stressful for Cooper. “The Disney cast members were escorting him, but he was walking really quickly and Irina was strolling behind. … He seemed super intense on where he was trying to go and made sure his family got there in one piece.”

And the family even braved the mall to give Lea the chance to see Santa Claus, according to the Daily Mail. On Dec. 4, as the publication reported, they visited the Grove in Los Angeles to enjoy Santa’s Enchanted Castle and to take a family photo with the man himself.

Cooper must be enjoying the time with his girlfriend and daughter after the grind of producing, directing and acting in A Star Is Born alongside Lady Gaga. His efforts were well worth it though, the film and its stars were nominated for five Golden Globes including best drama, best director, best original song, best actress and best actor, according to The Hollywood Reporter.

Whatever relationship choices these very private people make, it's safe to assume that they'll let fans know when they’re ready. In the meantime, catch Cooper and all the other stars at the Golden Globe Awards on Sunday, Jan. 6 on NBC.