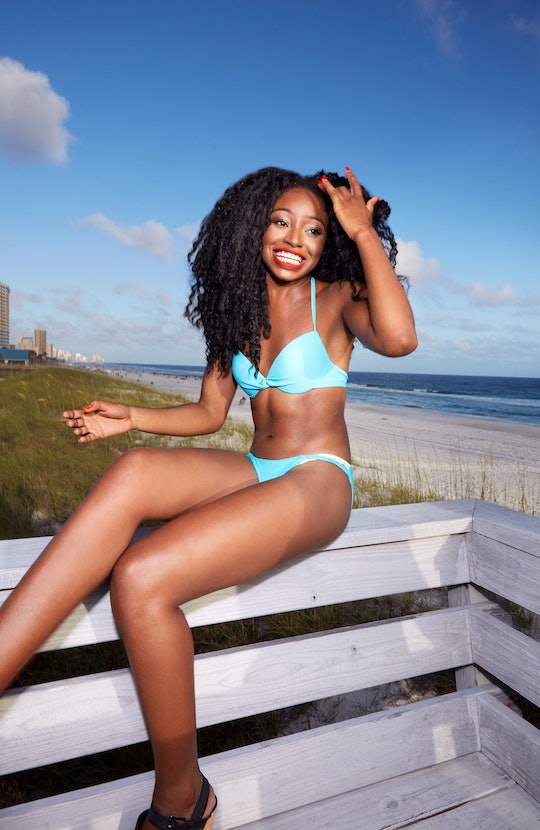 There’s some romantic chemistry between the cast-mates on MTV’s Floribama Shore, but most of it has been bogged down by past relationships and drama. Codi had a huge crush on Candace, but she had to turn him down because of her beau, Gator Jay. Her relationship has been a little rocky, so fans are wondering, are Candace and her boyfriend Gator still together after Floribama Shore?

Candace hasn’t revealed her current relationship status on any of her social media accounts or through media interviews, so there’s no way of knowing if she’s still dating Gator or not. However, on the Sept. 10 episode of Floribama Shore, Candace did admit to Kortni that she didn’t see a future with Gator. “I love him but I don’t think I’m meant to be with him for the rest of my life. He’s too crazy.”

There are a few factors that have been leading to Candace’s doubts about her boyfriend. For one, her parents have been vocal about their disapproval of Gator, which is making her feel “torn” about her decision to date him. Aside from her parent’s advice, Gator has been acting somewhat controlling of Candace, and she doesn’t care for it at all. When he visited the Floribama Shore house in Episode 7 of Season 2, the couple’s discord was pretty obvious. Gator made sure to tell everyone in the house about his rules for Candace, and pestered her about talking to other men, even if it was just a friendly chat.

Gator’s possessive nature wasn’t easy for Candace to swallow, and it gave her more doubts about their relationship. In Episode 10, she tells Kortni that he told her she doesn’t need any friends, and that the only people that needed to call her were her boyfriend and her parents. “Do I realistically see myself spending the rest of my life with him?” she said in a confessional. “Honestly, no. I just have to take the time to think about what to want to do about Gator.”

When looking to Candace and Gator’s Instagram pages for clues about a current relationship status, you’ll find both of them noticeably absent from each other’s pages. This could be an indication that they are no longer a couple, but it’s by no means a confirmation that they’ve broken up. But there was one little clue on Candace’s Twitter feed that may hint at a break-up. While live tweeting the Sept. 10 episode, Nilsa tweeted at Candace, “Mother always knows best,” possibly referring to Candace’s mom's advice to leave Gator. Candace tweeted back at Nilsa, writing, “Mama always knows.” Maybe this means she realized her mom was right about Gator all along.

Luckily, when Candace opened up about her feelings to her roomates, she was met by nothing but support. She told them that she was going through a tough time trying to figure out what to do with Gator, and she was finally allowing herself to be vulnerable with them. They all huddled around her, and promised her that they would be there for her, including Kortni and Codi — who have had beef with Candace before. It was nice to see Candace surrounded by her friends, promising to support her regardless of what happened with Gator.

If Candace does break up with Gator, it will be interesting to see if she finally considers giving Codi a chance. But for now, her relationship status is still a mystery. And I’m sure more details of their relationship will be revealed as the show continues, so it’s just a matter of waiting and watching.