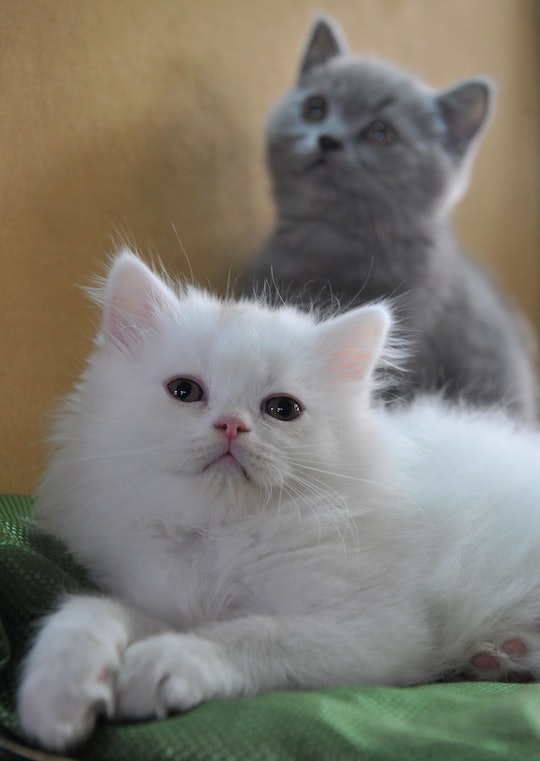 Are Cats Safe For Kids? Study Reveals The One Thing All Parents Need To Know

The Centers For Disease Control and Prevention (CDC) has made an alarming discovery for cat lovers everywhere. According to a new study, playing with your new kitten might not be as safe as you once thought. Cat-scratch disease, despite its somewhat silly moniker, is now found to be much more serious than researchers originally thought. Cats, of course, are one of the most popular and beloved household pets. This new development, though, begs the question: Are cats safe for kids?

The new CDC report states that hospitalization rates for cat-scratch disease were on the rise between the years 2005 to 2013. While the disease is nothing new, the high number of patients that develop serious complications is. And though the total number of people that contract the disease each year has gone down, the study discovered that the number of patients that become seriously ill, and contract potentially deadly side effects, has increased.

Symptoms of cat-scratch disease are most commonly a low fever, swollen lymph nodes and a pule or pustule. It's important to be aware of these symptoms if you keep a pet cat in your home. The CDC describes the progression of symptoms as follows:

About three to 14 days after the skin is broken, a mild infection can occur at the site of the scratch or bite. The infected area may appear swollen and red with round, raised lesions and can have pus. The infection can feel warm or painful. A person with cat-scratch disease may also have a fever, headache, poor appetite, and exhaustion. Later, the person's lymph nodes closest to the original scratch or bite can become swollen, tender, or painful.

If you notice you or your children have developed any of these symptoms, you should immediately go to the doctor. According to the CDC, cat-scratch disease "can affect the brain, eyes, heart, or other internal organs." These rare but serious complications "may require intensive treatment." People with weakened immune systems, as well as children younger than 5 years old, are more likely to develop the serious symptoms caused by cat-scratch disease.

The disease is caused by a bacteria called Bartonella Henselae. The bacteria is carried by fleas and can be spread amongst cats through flea bites or coming into contact with flea feces. You can attempt to protect your pet from coming into contact with the bacteria by protecting them from fleas. While this does not guarantee your cat will never be bitten by a flea, it's an important precaution to take to protect yourself and your children from cat-scratch disease either way.

Amesh A. Adalja, M.D., an assistant professor at the University of Pittsburgh Medical Center and board-certified infectious disease specialist, told Self Magazine that cats can transmit the disease to humans through both scratching and biting. Cats that have contracted Bartonella Henslae show no signs of illness. Even if your cat does not seem ill, make sure you wash all bites and scratches with soap and running water. Do not allow your cat to lick any open wounds you may have, either.

Cat-scratch disease should definitely be taken seriously by all cat owners, especially those with weakened immune systems or young children. It's rare that cat-scratch disease victims will develop serious, life threatening symptoms, however, it's still possible. Stay vigilant in protecting your beloved pet from fleas, and keep your eye out for any of the cat-scratch disease symptoms if you happen to get bitten or nicked.