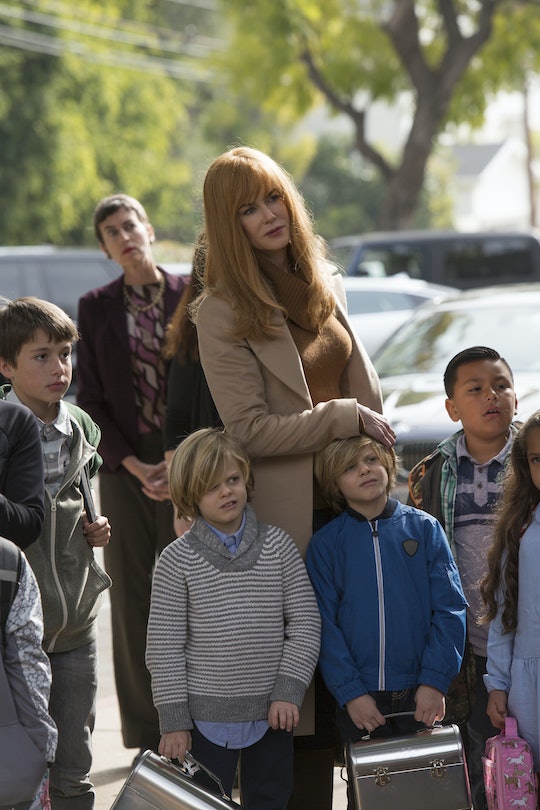 This 'Big Little Lies' Theory Has Some Serious Merit

Big Little Lies is ending tonight with its much-anticipated finale, and fans are hoping that several of the season-long secrets and mysteries will finally come to light. The largest among them is, of course, which character died and who actually killed them. But smaller mysteries such as who is Ziggy's biological father (and Jane's rapist), whether Madeline will confess her infidelity to Ed, and which child has been bullying Amabella all hold viewers' interest as well. For the latter, there are many theories. One popular fan theory asks: Are Celeste & Perry's sons bullying Amabella on Big Little Lies?

From the very first episode, Jane's son Ziggy was the assumed culprit of the increasingly violent attacks on Renata's quiet and shy daughter Amabella. The reason why everyone assumed it was Ziggy made sense — when the teacher asked Amabella to point out in front of every other kid and parent who it was that choked her during first-grade orientation (a questionable-at-best tactic for rooting out the bully), Amabella pointed right at Ziggy. Jane's son immediately denied the accusation and, for the subsequent five episodes, continued to deny that he'd hurt her. Now, it certainly doesn't seem as though Ziggy is capable of harming anyone — especially when you see extended sequences of how sweetly he plays with Madeline's daughter, but you never know. In any event, it set off much of the tension that drove this season.

That tension dissipated in recent episodes, when Renata and Jane finally appeared to come to an understanding, with Renata acknowledging that Ziggy might not be the bully after all and explaining her plan to invite every kid over for one-on-one play dates until the real culprit became clear. But with tonight's finale, it's expected that Amabella's bully will actually be revealed. Many viewers are pretty convinced that one or both of Celeste and Perry's twin boys, Max and Josh, might be the one(s) torturing their classmate. And when you think about it, there's a surprising amount of evidence to back this up.

First and foremost, Max and Josh are living in an abusive household. And, as many parents can attest to, little kids have a tendency to mimic what they see at home. Celeste told her therapist that Perry had never hit their sons — something we've seen proven true on-screen, when the abusive husband is a surprisingly hands-on and doting father. She also claimed that the boys had never seen Perry hitting her, though that's just her perception. Viewers have already seen several apparent "near-misses" of one of the kids walking into the room just as Perry was abusing Celeste. While it appeared that they didn't quite see it or didn't realize what was going on, that might not be the case after all.

More evidence backing up this theory, pointed out by HelloGiggles, is the fact that the most recent episode, "Burning Love," had a direct reference to the twins' teeth. One of the twins lost a tooth, and Celeste spent a good amount of time examining his teeth. It could be a red herring, but with such a meticulously crafted show, I doubt it. Odds are, one of Celeste's boys will be revealed as the bully, prompting her to finally make the break from her abusive husband.