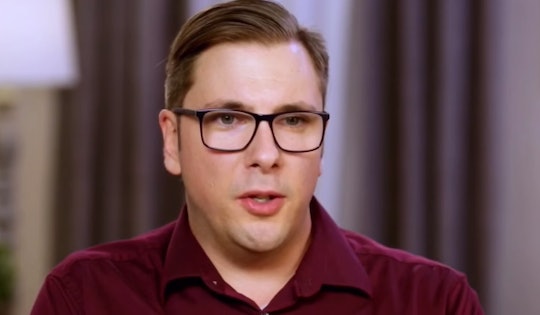 Colt & Larissa From '90 Day Fiance' Could Go The Distance

Brace yourselves, 90 Day Fiancé fans, because it's that time again. A new season of the hit TLC reality TV series has arrived, which means all new couples with all sorts of challenges playing out on your small screen. And even before the season starts, fans are wondering whether each of the featured couples stayed together after filming was over. For example, are Colt and Larissa still together? They're one of the couples on Season 6 of 90 Day Fiancé, and it already seems like they'll be an interesting couple to watch.

Colt, who is 33, is from Las Vegas, Nevada, and Larissa from 90 Day Fiancé is from Brazil and 31 years old, according to The Wrap. Colt actually met Larissa on social media, after not having much luck meeting and maintaining a long-term relationship with American women. Colt eventually went and met Larissa in Mexico, and proposed after just five days, Us Weekly reported. In the video below, he explains that he proposed as they were leaving for the airport, because he was so sure he wanted to spend the rest of his life with her. But are they living out their love story together, or did the couple break up before this 90 Day Fiancé season ended?

The TLC description for Colt and Larissa already makes it seem like the couple could be facing some major issues, even before the season begins. Colt is described as a "mama's boy" who is very used to his mom taking care of him and all his needs. Indeed, in the video above, Colt and his mother live together, and they both seem to enjoy that arrangement. That could definitely change, or cause some real concerns when he brings home a fiancée on the show.

TLC goes on to explain that, "Colt worries that Larissa has the wrong impression of what it means to be American after all of her high-priced demands, while Colt's family worries that Larissa is just using Colt for a ticket into the U.S." It doesn't exactly sound like this couple got off to the right start for a marriage, does it?

I don't know about you, but I'm not in the habit of posting cozy photos of my exes on my social media. So the final verdict is that Colt and Larissa do appear to have gotten married after 90 Day Fiancé ended, and it does seem like they're still together based on Larissa's Instagram account alone. But fans of the show will just have to watch the whole season to know exactly how their relationship progressed.