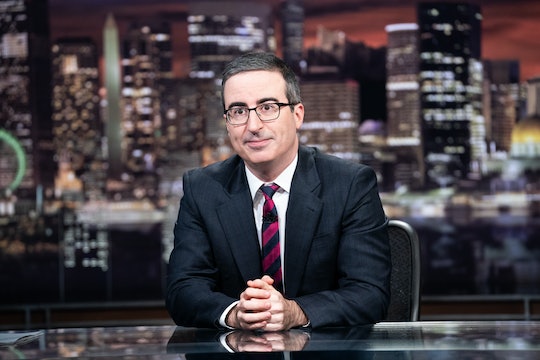 For starters, it's important to note that compounding pharmacies provide an important, medically necessary service, which is to manufacture custom prescriptions for people (and occasionally birds) whose medical needs prevent them from taking commercially manufactured medicines approved by the FDA. Some examples of this cited in the segment include: having an allergy to a specific ingredient in a mass-produced drug; needing a certain dose that isn't available commercially; or needing a drug in an alternate form than is typically available, such as a liquid instead of a pill, or a flavored child's medicine.

So, when a patient has a specific need that can't be met by a commercially manufactured drug, doctors can tailor a unique prescription, which is then made at these compounding pharmacies. It's an unavoidable measure for many patients to get the care they need, and those patients often don't have other options to manage their illnesses. But due to a lack of oversight, compounding pharmacies do sometimes put patients in danger, and Oliver ticked off a few shocking practices that have been uncovered in recent years.

As he points out, drugs mass-manufactured by pharmaceutical companies in factories are subject to a lot of oversight: the drugs, the pharmaceutical companies, and the factories themselves are all heavily regulated. In a DIY facility like a compounding pharmacy, that is not the case. Compounded drugs are not FDA-approved, according to a 60 Minutes interview with former FDA Commissioner Margaret Hamburg cited in the segment. And without the same oversight as big factories, compounding pharmacies have been busted for fraud, unsanitary conditions, tainted medicines, and, in the worst cases, killing patients.

The failure rate of drugs produced at commercial manufacturers is less than two percent, according to a 2013 Senate Committee Staff Report Oliver cites. But the failure rate of drugs produced at compounding pharmacies, per that same report, was 33 percent. Obviously, having a one in three chance that your prescription won't have any effect on your illness, at best, or will make you sicker, at worst, is something to be concerned about. Then, Oliver delved into some disturbing outlier cases of poor compounding pharmacy conditions, including one case of a drug being stored in a refrigerator next to an employee's lunch and one involving an open box of pills stored in a bathroom.

There are inspectors who are supposed to help maintain compounding pharmacy facilities, but the position is vastly understaffed for the number of pharmacies that exist, according to the segment. Other issues arise when compounding pharmacies, which are supposed to be making small-batch prescriptions based on individual patient need, fraudulently make drugs in bulk to increase their profits. (In 2012, this resulted in a fungal meningitis outbreak, Oliver states, because the compounding pharmacy involved wasn't equipped to safely make and store drugs in bulk.)

So the question of whether compounding pharmacies are safe doesn't have an easy answer. There are (often terrifying) risks to weigh, but sometimes, patients don't have a choice. The best we can hope for is better oversight in the future, or an immediate about-face from the compounding pharmacies successfully shamed by The Oliver Effect.