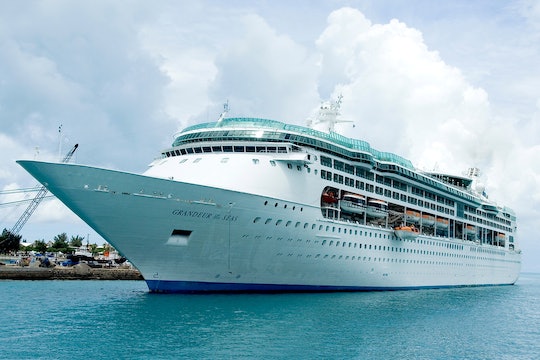 Are Cruise Ships Safe From Zika? Be Careful About Those Shore Excursions

It's peak cruise season in the Caribbean region right now — but active Zika virus infections have been reported in popular Caribbean cruise destinations such as Barbados, the Dominican Republic, Jamaica, Puerto Rico, and the U.S. Virgin Islands, among others. So are cruise ships safe from Zika? For the most part, yes — only one Zika case has been linked to a cruise. Out of the thousands of passengers aboard cruise ships traveling in Zika-affected regions this spring, this should provide some measure of reassurance. That said, travelers, especially pregnant women, planning to travel to any area affected by Zika — cruise or otherwise — should still take precautions.

Even though the risk for contracting the Zika virus on a cruise ship is relatively low, cruise lines aren't taking any chances. Since the Zika virus is especially dangerous for pregnant women and their unborn fetuses, the outbreak has certainly put a dampener on many babymoon cruise getaways: Many cruise lines have begun offering refunds and even waiving their cancellation fees for pregnant women. While pregnant women have not been outright barred from traveling on any cruise ships, women who are pregnant or planning to become pregnant should talk to their doctors about the risks associated with traveling to Zika-affected areas.

The Zika virus is a mosquito-borne illness, and not all mosquitos actually carry the virus. Contracting Zika while on board a cruise ship is highly unlikely — the risk comes from disembarking from the ship into any areas where the Zika virus is present. Popular shore excursions such as hikes and other inland treks present the greatest risk for cruise passengers to contract the disease. The Centers for Disease Control recommends that travelers should take preventative measures against Zika such as covering exposed skin and using insect repellant that contains DEET.

Despite the large number of cruise travel regions affected by Zika, Carnival Cruise Lines CEO Arnold Donald told Yahoo News on Thursday that "Zika hasn't affected our business." But even though the Zika virus might not be hurting cruise travel, it's still a global public health concern.

Zika has been linked to microcephaly, a birth defect that causes abnormally small heads and abnormal brain development. It's a complex virus, and science has just barely scratched the surface on the Zika virus in the wake of recent outbreaks. While the primary transmission vector is by mosquito, Zika can also be sexually transmitted.

On Wednesday, the White House announced that it will allocate nearly $600 million to fight the Zika virus. Hopefully, that means that even the most cautious of cruise travelers can soon rest easy (and keep their babymoon plans intact).