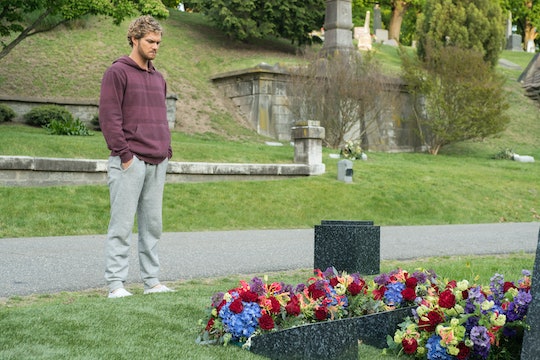 The Fate Of Danny's Parents Is Tragic

In Iron Fist, lead character Danny Rand returned home after a long absence to reclaim his family's company after it had been taken over by his father's business partner, Harold Meachum. Danny had disappeared over a decade ago in the plane crash that killed his parents and he was also presumed dead, making his return quite a shock. Danny claimed he was the sole survivor of the crash, but are Danny's parents really dead on Iron Fist?

It's not a huge stretch to think that there might be more to the demise of Danny's parents than there seems. The entire accident and Danny's subsequent vanishing have an air of mystery about them, and the whole story is bound to come out over the course of the show's first season. But is there any chance his parents aren't really gone for good?

Characters who are assumed to be dead making a sudden reappearance is a trademark twist in lots of media, but it seems unlikely in the case of Danny Rand. The death of his parents is a huge motivating factor for him, particularly when it comes to wresting the Rand family company back from the Meachums. In the comics, Danny's parents remain dead, but the circumstances of their passing are a little bit different.

Danny's father Wendell actually had a history with the Iron Fist long before Danny took on the title. Wendell met the former Iron Fist, Orson Randall, and went with him to K'un Lun, the mystical hidden city where Iron Fist trains. Wendell almost became the Iron Fist himself, but chose instead to return to earth. Then years later Wendell took along his wife Heather, son Danny, and business partner Meachum on a journey to find K'un Lun again.

That proved to be a mistake. During the difficult trek through the Himalayas to reach the city (perfect place to take a 10 year old, am I right?), Wendell was pushed off a mountain ledge to his death by Meachum. Heather soon followed, killed by wolves while trying to protect Danny from them. It's a little bit more complicated that the show's trailers make it seem, so either they simplified the Rands' deaths or are just saving the gory details for later.

Danny being an orphan who lost his parents in such a horrific way becomes an important part of his character and his journey; he's motivated by a need to avenge them. Though it would be a surprising twist to bring them back, it's truer to the character to keep them gone.