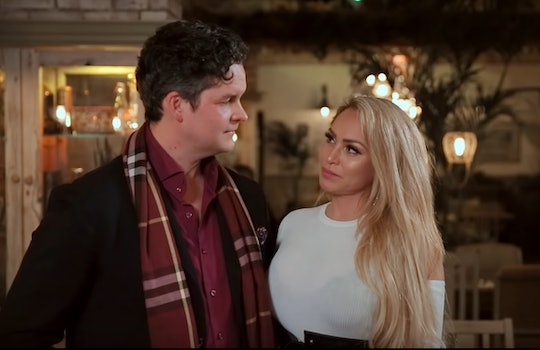 Darcey Silva is taking another chance on love on Season 3 of 90 Day Fiancé: Before the 90 Days. Her new man is Tom Brooks, a 39-year-old jet-setter from England who works in fashion. The two met for the first time in Episode 3, but because the show is pre-taped, many fans are wondering if their relationship actually lasted. So, are Darcey and Tom still together after 90 Day Fiancé: Before the 90 Days?

In a recent interview with Newsweek, Darcey had nothing but loving words for Tom, so it looks like the two are still going strong. "He's an amazing guy," she said. "He's always been a great guy. We have a really deep connection and have a lot in common. I love his voice. It's very sexy, very James Bond."

In a preview for the season, you can see some tension between the two. In one scene, Tom calls Darcey’s emotional nature “unattractive,” and in another, he doesn’t respond to her when she tells him she loves him. But when talking to Newsweek, Darcey insisted despite the drama you see in the previews, the two are still together and in love. "We're very good,” she told the outlet. “We're very happy. Things have been amazing and some people might see it that way and some people might see it a different way. You'll have to go through the journey along with us."

The 44-year-old from Middletown, Connecticut, was last seen on Season 2 of Before the 90 Days, when she went to Amsterdam to meet Jesse Meester, a man she fell in love with online. While the two shared a strong connection, Jesse’s controlling behavior was too much for Darcey to handle. On the show, she reveals her breakup with Jesse was painful, but says she found solace with Tom, who offered her support through her those emotional times.

The two have been talking online for four years, and on the show, Darcey says Tom has been her rock all this time. “Tom understands my lifestyle,” Darcey told People in an interview. “He’s a great family man, and just understood all that. He has the right mindset. We just have this amazing bond that I knew it was something worth pursuing.”

But, when Darcey heads to England to meet Tom, she seems a lot more confident about their relationship than Tom does. Before her arrival, Tom reveals that he genuinely cares for Darcey, but wants to take his time to get to know her better.

When talking to People, Darcey admitted she wears her heart on her sleeve, but insisted her feelings for Tom are genuine. “When I looked into his eyes, I just knew, I felt safe and protected,” she said. “It was a very beautiful, heartwarming feeling. He’s got this wonderful softness about him that I love — We learn a lot from each other. We don’t take anything away from each other’s personality, like, there’s something that we could add to each other in the relationship, so it’s been beautiful.”

For now, it looks like Darcey and Tom are in a good place, and fans will get to see their relationship grow as the season progresses.