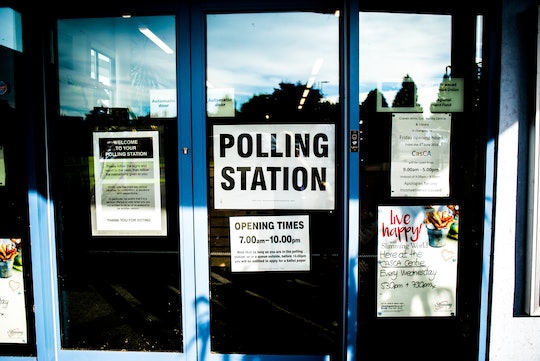 Are Dead People Really Voting? The Myth That Won't Go Away

Voter fraud remains a largely partisan topic, with a few, primarily conservative groups tending to push for stricter voting laws. These measures are often attributed to a perceived injustice that could become conspiratorial in their nature. Nevertheless, these issues of voter legitimacy arise in every election cycle, and, in our current presidential election, GOP candidate Donald Trump has gone so far as to claim that his so-called "rigged" election will be decided by dead voters. But are dead people really voting? In a word: No. But no matter who denies it, the myth just won't seem to go away.

At a rally in Green Bay, Wisconsin this Monday, Trump misinterpreted a 2012 statistic, telling supporters he believes that "1.8 million deceased individuals" will end up voting for "somebody else" in November, implying that the deceased voters will skew toward democratic nominee Hillary Clinton. In his Green Bay address, Trump even insisted that Barack Obama's 2008 presidential election win was decided by non-citizen voters in North Carolina.

The 1.8 million value didn't come out of nowhere, which gives an undeserved, perceived legitimacy to Trump's claim. His "research" stems from a 2012 Pew Study entitled "Inaccurate, Costly, and Inefficient: Evidence That America’s Voter Registration System Needs an Upgrade." Whereas the study did find that 1.8 million active voter registrations still existed at that time for deceased people, Pew did not actually find any evidence of these "voters" casting ballots. Ultimately, the conclusion was that, by and large, voter registration databases need to be better kept up with.

As GOP leaders distance themselves from Trump, many are also distancing themselves from his "rigged election" beliefs as well. Ohio Secretary of State Jon Husted, a Trump-supporting Republican, warned against speech of this nature, noting: "Any time that your comments draw into question the legitimacy of the elections process, they have crossed the line." Iowa Secretary of State Paul Pate, also a Republican, told The Los Angeles Times that this topic was pure divergence, saying:

I’m a little frustrated when candidates try to distract the public’s attention by blaming the technical side of the elections process rather than focus on the meat and potatoes of what Americans really want to hear about.

It seems that even members of the conservative GOP are condemning Trump's unfounded, voter fraud comments. Though thus far Trump has able to speak with conviction, influencing crowds with convoluted, yet-to-be-fact-checked assertions, his insistence that dead people are still voting is an unfounded claim that merely offers him a distraction from much more important issues, namely Trump's alleged sexual assault scandals which have crowded mainstream election coverage.

More Like This
You Can ~*Sashay Away*~ With Your Very Own Fisher-Price Little People RuPaul Collector Set
What You Need To Know Before Talking To Your Kids About Gun Violence
Sen. Chris Murphy Begged Lawmakers To Act After Texas School Shooting Leaves 21 Dead
Here's Where To Donate To Help The Families Of The Texas Elementary School Shooting