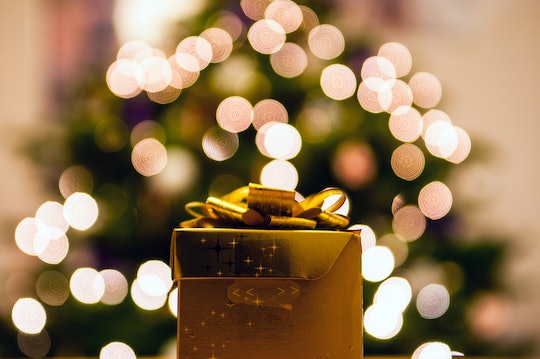 Are Hatchimals Sold Out? The Holiday Gift On Every Kids' List Might Be Hard to Come By

With the holidays just around the corner, many parents are trying to figure out what the hottest item on their kids' wish lists will be. But for those only starting now, they might have missed out on the season's hottest toy, which is already flying off the shelves. Are Hatchimals sold out? They are getting harder and harder to come by, unless you're willing to spend a lot of money on eBay.

Hatchimals, an interactive toy from Spin Master, lets kids "nurture" a toy egg until the plush animal inside is ready to hatch. Every egg is a little different, with varying hatching styles and animals inside the egg. The toy retails in stores like Toys 'R Us and Walmart for around $50, but now that the toys are in high demand and stores can't keep them on the shelves, online sellers have started peddling them for hundreds, if not tens of thousands, of dollars.

Spin Master responded to the demand with a pop-up message on the company's website, which warns eager parents:

There are five different Hatchimals available, but a few are exclusive to certain sellers: Pengualas, Draggles, Burtles (Walmart only), Owlicorns (Toys R Us only) and Bearakeet (Target only). Since the retail locations are having such a hard time keeping the toy on shelves, choices might be slim for parents trying to snag the toy in time for the holidays.

Once Hatchimals are out of their box, they can take anywhere from 10-40 minutes to hatch, according to Spin Master. But the toy comes with instructions to help encourage hatching, and tips are available on the Hatchimals website, which include holding the egg, gently tilting the egg from side to side and tapping the egg's shell. The animal responds from inside the egg by making sounds and generating light (changing "eye colors," which determine its mood).

When the Hatchimal is finally free from its egg, it sings a little "Hatchy Birthday" song and becomes similar to the famous Furby toy from Hasbro that was popular in the '90s. In fact, parents might have better luck tracking down a Furby than a Hatchimal, and it might be cheaper too: you can nab an original Furby on eBay for around $35.