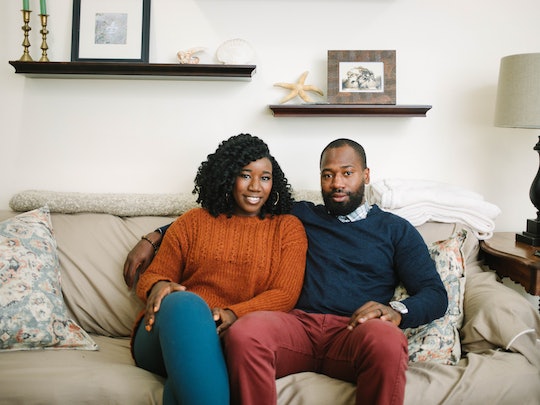 Jasmine and Will seemed like a good match on Married at First Sight. They were both family-focused professionals who had gotten their financial situation straightened out, but felt like they were missing someone to share their lives with. On paper, it would work perfectly. But are Jasmine and Will still together after MAFS?

That's the question viewers are sure to be asking themselves when they tune into the show every Tuesday on Lifetime. But Season 8 is still beginning, which means there's so much more to come before any of the couples make their final decision. There's no predicting the turn the show will take as each and every participant learns more about the person they've married.

However, social media is a good way to get a little insight into the real lives of the people on the show. Social media is there even when the cameras aren't rolling, after all. But Will and Jasmine must be aware of the fact that viewers will be combing over their profiles looking for hints about the future of their relationship, because their social media presence is non-existent. There's nary a Twitter account or Instagram photo in sight. If they have accounts, they might be private; regardless, they're not available to the nosy masses.

But thankfully they haven't left fans totally in the dark. E! News spoke to all four of the couples while they were still on their respective honeymoons. While Will was looking forward to getting to know Jasmine outside of the confines of a vacation, Jasmine seemed positive about the relationship. She thought the experts had done a good job matching her with Will. "So far, it seems we're opposites in many ways, but then we are alike in so many ways and we have so many similarities," Jasmine said.

Jasmine also spoke to Newsweek about their relationship. In her bio on Lifetime's website, Jasmine said that she was on the lookout for her very own Barack Obama, but as of the interview (which was released in early January of this year), she said that the "jury is still out" on whether or not Will had fulfilled that desire. Jasmine said, "I think Will has some Obama in him but I'm waiting to see his full potential come out."

She also detailed some of the ups and downs they were dealing with as newlyweds. Both of them were so independent that it made it hard to merge their lives together — literally and figuratively. Jasmine explained that their homes were on different sides of their native Philadelphia, which made it harder to join households. They also enjoyed hanging out with their separate groups of friends, which didn't necessarily leave tons of time for each other.

However, Jasmine did point out that Will was great at cracking a joke to make her feel better when she was down. It sounds like they're still trying to make things work, even if the process isn't an easy one. While there's no confirmation about the status of Jasmine and Will's relationship, the outlook seems promising for these two.