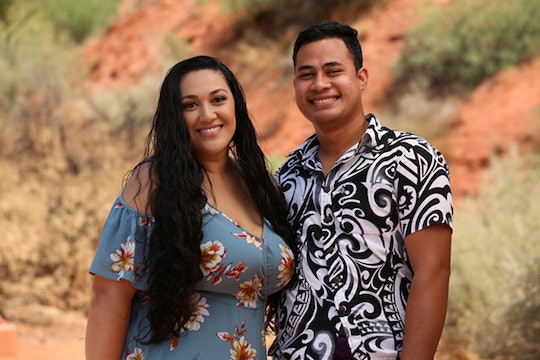 Kalani & Asuelu May Not Be Together After '90 Day Fiance'

One reason I don’t want to mess with 90 Day Fiancé fans is because they go to great lengths every season to find out the endings before the premiere even aired. A question such die-hard fans may be asking is: are Kalani and Asuelu still together after 90 Day Fiancé? They share a child together.

Unfortunately, there’s no evidence online about the two either way. Reddit sleuths haven’t found a marriage certificate yet, but they also haven’t found Kalani or Asuelu’s social media accounts. It’s possible that they don’t have them, which would be a bummer because it’d deprive us of cute photos as well as clues about their relationship. I’m sure as the season goes on, however, viewers will find their Instagrams if they do exist, and maybe even discover wedding photos and the like if the two made it past the 90 days.

Kalani and Asuelu have more at stake than many other 90 Day Fiancé couples. They met on vacation (Asuelu is from Samoa), according to Kalani during the 90 Day Fiancé Season 6 trailer. She actually lost her virginity to Asuelu, and she became pregnant. Now, Kalani is living at home with their five-month-old child. Futhermore Kalani’s family is Mormon according TLC’s biography of the Season 6 cast membersf and she wasn’t expected to have sex until marriage. “Having to break this news to her family didn’t give them the best impression of Asuelu, especially her father who doesn’t trust him,” TLC’s press release states. “Kalani’s sister also has an issue with him as Kalani hasn’t told her the full truth about their relationship. Now with a five-month-old and only 90 days to impress her family, Kalani and Asuelu must work to overcome the obstacles ahead of them.”

While having a child together is unusual for 90 Day Fiancé couples, Kalani and Asuelu are actually the second couple this season to have one. Steven and Olga also had a baby, though their circumstances are a little different. They are both 20 years old — Steven from Maryland, Olga from Russia — and met while Olga was in the United States for the summer. Perhaps they just thought they would share a summer romance, but Olga became pregnant after a month and a half. Now, Olga is back in the states for her 90 days to see if she and Steven should start a life together.

In the trailer, viewers can get a sense that Kalani and Asuelu’s five-month-old son isn’t the only thing they have to worry about. It seems that Kalani’s family isn’t too happy with the situation. In a confessional during the trailer, for example, Kalani’s brother admits he believes she doesn’t need him.

But just because Kalani’s family isn’t happy with her relationship with Asuelu doesn’t mean that they will break up. Just look at Paul and Karine from 90 Day Fiancé: Before the 90 Days Season 2. Neither of their families liked their partners, yet they followed their hearts and got married. I’m sure cast members on these shows value their family’s opinion, but at the end of the day they will do what they want.

I’m excited to see how Kalani and Asuelu fare living together and raising their son, even if it’s just for 90 days at first. Viewers will find out whether they will extend that 90 days and get married by tuning into this season of 90 Day Fiancé.