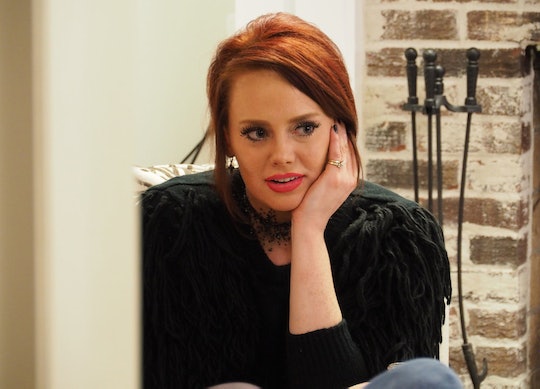 Things Get Tense For Kathryn & Danni On 'Southern Charm' Season 6

Danni Baird and Kathryn Dennis have always been close on Southern Charm, but their friendship seemed to be on shakier ground in "Barking Up the Wrong Tree House." Danni was frustrated by Kathryn being M.I.A. before their girls' trip, but Kathryn brushed it off as a combination of bad time management and preoccupation. So are Kathryn and Danni friends after Southern Charm, or was Kathryn's lack of reliability a breaking point for Danni?

In the episode, Danni accused Kathryn of having "no accountability" and claimed her behavior had changed since she started dating someone new. Kathryn protested that she was just getting her life back together after everything she'd been through. The preview for Season 6 hints at another fight brewing between them later in the season. But it doesn't look like it brought an end to their friendship. Instead, like a lot of friends, they just had to work through some things.

Danni spoke about their upcoming argument in an interview with Decider. The article stated that they remained friends, though Danni said that Kathryn was out of line. It sounds like she may have lashed out at Danni when she was stressed, which Danni wouldn't stand for. "If I can't tell her that and be her true good friend, then who is?" Danni said. "It will be hard to watch, I guess, a little bit, but I don't regret anything I said."

It's good to see that Kathryn and Danni's friendship was able to survive a few spats, because they've always been really supportive of one another. In an After Show clip from Southern Charm Season 5, they both spoke about their bond. Kathryn said Danni had been a positive presence in her life since Season 1 of the show, through everything. "She's a good person, a good woman," Kathryn said.

In the same clip, Danni explained that she was so protective of Kathryn because she saw her like a little sister. She knew Kathryn had been through a lot and she wanted to be there for her. "Everybody needs somebody that roots for them and I'll be that person," Danni concluded. (I'm not crying, I'm just cutting onions here at my computer.)

They've expressed their closeness on social media, too. Kathryn and Danni are always ready with an encouraging tweet for the other, or a heartfelt Instagram post. When Kathryn got her first national magazine spot, Danni cheered her on with emojis. In December 2018, Kathryn declared on Instagram that she and Danni were in a "serious relationship"; in June of this year, Danni took to her own 'gram to declare that she loved Kathryn "way more than gummy bears."

These two women may find themselves butting heads in Southern Charm Season 6, but they're only fighting because they care. Danni clearly wants the best for Kathryn, and Kathryn seems to appreciate that concern — when it's not happening over dinner in a tree house, that is. Whatever happens between them on the show, it looks like they'll find a way to get past it.