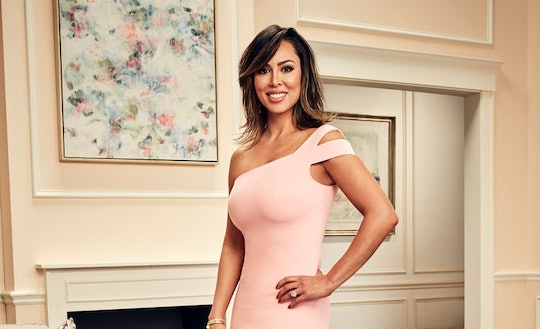 Kelly & Shannon Don't Have Any Plans To Make Up On 'RHOC'

This season of Real Housewives of Orange County is already fraught with drama, a lot of it courtesy of none other than Kelly Dodd and Shannon Beador, who both got into a very loud fight at a restaurant called the Quiet Woman, which is not something I or any writer could ever hope to make up. The best part of any installment of the Housewives franchise is pretending that any of these women are actually friends with each other, so are Kelly and Shannon friends now on Real Housewives of Orange County?

Based on everything in the episode, and on basically everything Kelly has said since, I'm going to go with: probably not. Shannon's main plot line this season is her struggle with her weight. In the last episode of RHOC, Kelly decided to rile Shannon up about it at, again, a restaurant literally named the Quiet Woman, and from there all hell broke loose.

Post-episode, Kelly admitted in her blog that she was instigating Shannon. "I think Shannon and I both have the attitude that, if you hit me, I’m going to hit you back harder," she wrote. "While I still have that tendency, now, I much prefer pushing Shannon’s buttons and then stand back to watch the show. As I said, it’s the Shannon coaster and I can make her go off the rails!"

She went on to talk about how their relationship has never exactly been the strongest, which viewers have certainly noticed by now. "Shannon and I have never really gotten along," Kelly said, the very definition of 'pointing out the obvious.' "As evidenced by our argument at the '70s party, our screaming match on the bus ride to the airport in Dublin, or our contentious exchanges during the reunion. As much as we might try, we just can’t seem to bond."

Seeing as most of Kelly's taunts centered around Shannon's weight, it needs to be said that body-shaming is extremely uncool. Being unhappy with one's size is something plenty of women can relate to, and I know I personally can feel Shannon's pain. Hopefully, as the season goes on, we'll see her get to a place where she feels more comfortable with her body.

So does Kelly regret what she said to Shannon? "No," she told Andy Cohen on Watch What Happens Live. "Just trying to help a girl out." So, yeah, I'm definitely not holding my breath for these two to make up anytime soon.