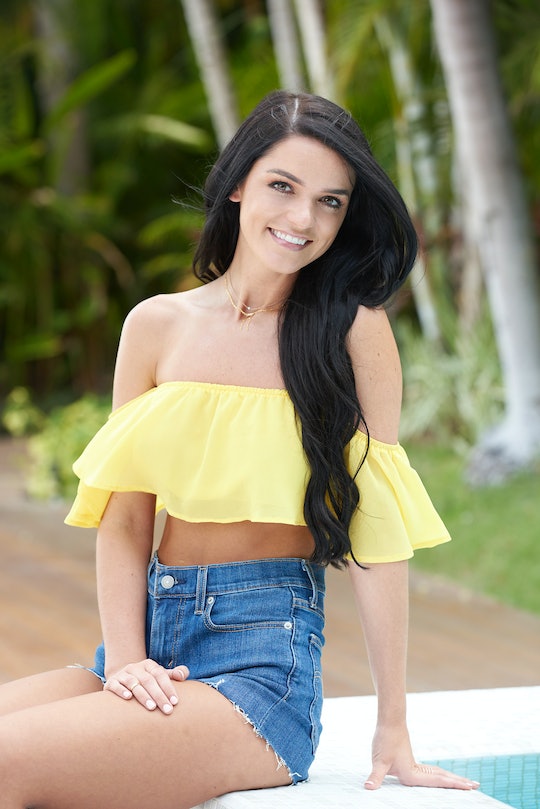 Kristina & Raven Aren't Getting Along On 'Paradise'

Bachelor in Paradise breaks the mold of the other shows in the Bachelor franchise in that there's not 30-plus people vying for love with one person. Rather, there are a lot of other options — so I'd think contestants would be fast friends. As with everything in Bachelor Nation, though, Paradise brings a lot of drama... so perhaps the friendships aren't that long-lasting. Kristina and Raven, in particular, were on Nick's season of The Bachelor together. I assumed they'd be friends, but their recent behavior has me questing that assumption. So Are Kristina and Raven friends on Bachelor in Paradise? They may be at odds now.

Kristina and Raven both went on The Bachelor to find love with Nick Viall. Kristina was unexpectedly sent home during the group trip to Bimini, while Raven went a bit further. Not only did she make it to hometowns and the fantasy suites, but she came in second place after Vanessa. Neither of them, then, won Nick's heart, but they both decided to look for love in Paradise. Despite the fact that they're trying to date the same person, contestants on the same season of The Bachelor usually come out friends (unless they're like Blake E. and Lucas). Did Raven and Kristina fit the mold?

From both Kristina and Raven's Instagram accounts, all signs point to "yes." They're in each others' photos, both from months ago and as recently as a couple days ago. Raven, however, posted a pretty cryptic photo on Monday night that might be a clue as to what their fight is about. The photo is a long quote from writer and artist Nikita Gill about women not letting a man control her life. Perhaps this ties into the love triangle Kristina is in with Dean and Danielle.

From the quote, it seems that Raven is hinting that Kristina should not give Dean the time of day. This is especially because towards the end of Monday night's episode, Dean made the decision to pursue his relationship with Danielle instead. Raven is friends with both women, so she may not want to choose sides, but she also doesn't want to see them hurt or make poor decisions. Thankfully, whatever happens between Raven and Kristina, their social media indicates that they're over it. Whatever happened in Paradise stayed in Paradise, and the two are back to partying in L.A. again.