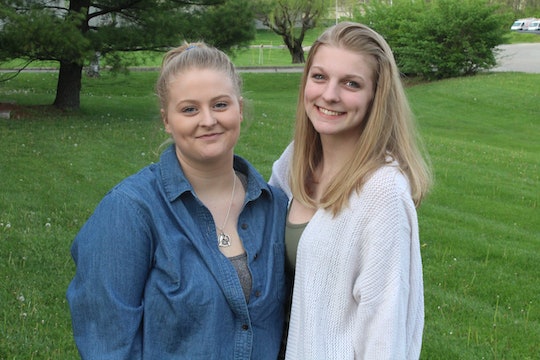 Laura & Tylor's Relationship May Be At Stake On 'Unexpected'

Like most people, I've gone through a couple-or-so breakups before. But I never had a child involved, and I can't imagine how much harder a breakup would level up if there was. Unexpected's Lauren and Tylor, however, might know. Are Laura and Tylor still together after Unexpected? The two have been having a rough time in the past few episodes.

Going by social media, it looks like Laura and Tylor are still a couple. Looking at Laura's Instagram, Tylor is a part of her life. Her latest picture of him was on August 12, which was presumably after Unexpected Season 2 stopped airing. Right before then, on August 6, she posted another photo with Tylor, this one during an army ceremony. Tylor is an even more prolific Instagram user than Laura. Many of his photos include Laura, and all of them include their son, Lucas. The latest photo Tylor posted with Laura was September 6. "Honeymoon ready," Tylor's caption read. "Be sure to find updates everyday within the next week." I don't know what those daily updates are, I think it's safe to say that in "real life," they're still a couple.

On Unexpected, however, Laura and Tylor's relationship looks pretty strained. Tylor cheated on Laura before they had a child together, and she just told her parents. It came up in a conversation she was having with her family, and Laura said that she almost left him 20 times. When her parents asked why, Laura told them the story. Basically, a few months into dating, Tylor cheated on her. He said he'd never do it again, but it didn't sit right with Laura's dad. He went to talk it out with Tylor — who wasn't happy Laura told them about it.

In a talking head confessional, Tylor said that the cheating will never happen again. He also, however, chastised Laura for still being upset about it. Tylor continued, saying that if he was the one in her situation, he'd be over it by now. While Laura's dad did have a stern talking-to with Tylor, he was sympathetic towards him, and even suggested Bible verses to read. He said that he sees Tylor as Laura's future husband, so he wants their relationship to work.

While it seemed that they were making headway towards making up for good, the promo for the next episode suggested they were still fighting. Laura and her younger sister were out and Laura said her sister acts like she wishes Lucas had never been born. Her sister didn't deny it; sometimes she does feel that way. Laura also said "sometimes I want to punch him in the throat," talking about Tylor (perhaps her sister wishes Tylor had never been born, as opposed to Lucas, but the point remains: her sister doesn't like what's happening in her life right now). That doesn't sound like "Honeymoon ready" to me.

Presumably, between the filming of this episode and now, Laura and Tylor have worked out their issues. Judging by social media at least, they seem stronger than ever. That's not to say there aren't issues we might not see on Instagram, but if Laura and Tylor were broken up, I think they would have scrubbed their accounts of each other. Their accounts may not be significant to some viewers, but those who know — know. All fans will, however, have to keep watching to see how exactly they make up.