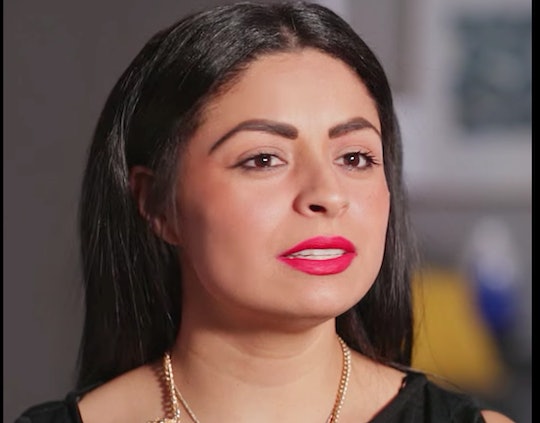 Marta & Daya May Already Be Split On 'Before The 90 Days'

The new season of 90 Day Fiancé: Before the 90 Days has just begun and fans have a chance to catch up with familiar couples who have not yet tied the knot, and meet new couples just starting their relationship. In the latter category is Marta and Daya, an unlikely pairing who found love despite cultural differences. Now, audiences of course want to know if Marta and Daya are still together after 90 Day Fiancé: Before the 90 Days. I hope so, because their love story sounds fascinating.

According to TLC, Marta is a 30-year-old from Milwaukee, Wisconsin. She is a stripper with two children and has problems finding "the one." One day, Daya, a 26-year-old from Algeria, messaged Marta. While he doesn't speak much English, they apparently fell for each other. "Now after almost a year of calling each other 'husband' and 'wife' Marta is ready to take the next step and meet Daya in person," TLC's official description reads. "But will his family be accepting of her wild side?"

What's really wild to me is that Marta and Daya called each other husband and wife when they hadn't yet met in person. Regardless, the fact that Daya is a devout Muslim seems to be the reason why his family may not accept Marta's "wild side," which I'm sure will be discussed on the show.

As of now, there's no official word of whether Marta and Daya are still together. It's been difficult to find any social media accounts for either of them that look legitimate, so it's pretty tricky to determine if they're together at all. There have been, however, plenty of rumors swirling around gossip sites that suggest that their relationship is, well, less than strong. Some sites suggest that Daya does not exist at all and that this is a catfishing situation. In Touch reports that an "insider" told them that Marta never went to Algeria to meet Daya because visitors need a signed invitation letter from their host that must be legalized at a local city hall. And Daya apparently never sent one to Marta.

Again, without official word from the show or from the people involved themselves, who knows what the truth of the matter is. What I can tell you is that I can't find any evidence of their real life relationship on social media or any other reports. So if I was to hazard a guess, I would say that these two at least aren't really a match made in heaven. Then again, I guess everybody will have to watch the show to find out what really happens between these two. Maybe I'm totally wrong and they're just very private with their online presences. Who knows, really.

Some couples on these shows really do appear to go the distance, though some other relationships cannot but end in heartbreak. I wish for nothing but the best for Marta and Daya (if he exists), but I guess I'll just have to wait to find out how their story turns out.