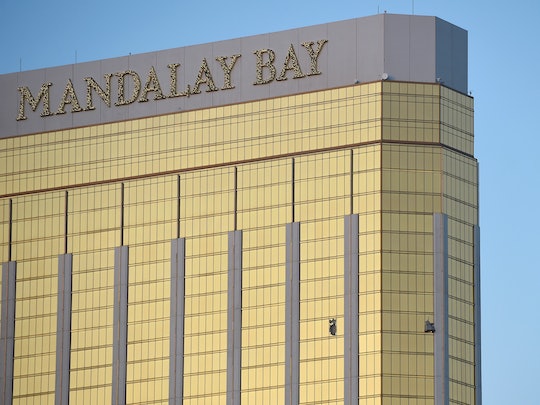 Tuesday marks the first day following a new moment in modern American history, as the country grapples with its deadliest shooting, a record that lasted for all of 16 months. From 32 stories up at the Mandalay Bay Hotel in Las Vegas, Nevada, a 64-year-old man fired a high powered automatic rifle into a crowd of more than 22,000 people, leaving 59 dead and more than 500 injured. President Trump called the Las Vegas mass shooting an "act of pure evil" — and with no suspect to stand trial, the public can only guess why the gunman did what he did. Are mass shooters always mentally ill? While it's certainly a valid question to ask in the wake what happened, mental illness is not the leading cause of mass shootings. In truth, it's actually a dangerous myth.

The profile of a mass shooter has been fairly consistent: Mass shooters are more likely to be white males with a history of violence or an obsessive fascination with violence. The Las Vegas shooting gunman only fits the profile in some respects — he was a white male — but he didn't fit other characteristics of a mass shooter. What's not necessarily typical of mass shooters is a history of mental illness and that's why the myth of the "demented" mass shooter — President Trump's own words, not mine, as he said on Tuesday — is exceptionally problematic.

Community-based advocacy group Center for Disability Rights (CDR) identifies three main issues with the assumption that all mass shooters have mental illnesses, the first being a problem of misunderstanding probability. According to the American Psychiatric Association, less than 1 percent of people who commit mass shootings have a "serious mental illness." The National Alliance on Mental Illness estimates that as many as 1 in every 5 adults experiences mental illness in a given year in the United States — so does that mean that 1 in every 5 Americans could be a mass shooter? Hardly: Correlation does not equal causation. People with mental illnesses aren't more likely to commit mass shootings — in fact, the inverse is true with regard to violent acts: People with mental illness are more likely to be the victims of violence rather than perpetrators.

Blaming mass shootings on mental illness also contributes to the pervasive social stigma around it, making it even more difficult for people to seek out the help they truly need. It's easy to label a mass murderer as "crazy," "insane," or even "demented" — but these labels are just as easily dumped on people with legitimate mental illnesses, if misunderstood by the general public. People with mental illnesses and mass murderers are not one and the same, but the myth of mass shooters as mentally ill perpetuates a false equivalency.

Finally, it's easy for Congress to point the finger at the mentally ill with the "guns don't kill people, people do" argument. Despite the fact that Congress has repeatedly failed to act on gun reform, the possibility exists that people with mental illness could become the profiled targets of legislation that impedes their basic human rights. According to the CDR, the answer isn't to legislate away the rights of people with mental illness, but rather to profile patterns of behavior:

For starters, instead of making it harder for people with mental disabilities to get guns, make it harder or impossible to buy a gun if you have a record of workplace violence, domestic violence, suicide attempts, or documented threats, whether you have had mental problems or not. Focus on what people actually do, not on what we think they might do because of who they are.

That last statement is particularly important: This isn't just about the Second Amendment rights of people with mental illness. Regulations and gun safety reform that target specific groups of people — such as the mentally ill — start to wade into the waters of discrimination. While the 14th Amendment is clear with regards to equal protection under the law, gun reform laws that focus solely on medical diagnoses muddies the waters. Think of it this way: Some are clamoring to prevent people who are mentally ill from getting guns. Replace "mentally ill" with any race, "Jewish," or "LGBTQ" and you'll see the dangerously discriminatory precedent set by such logic.